How Pacific Islanders fared under lockdown 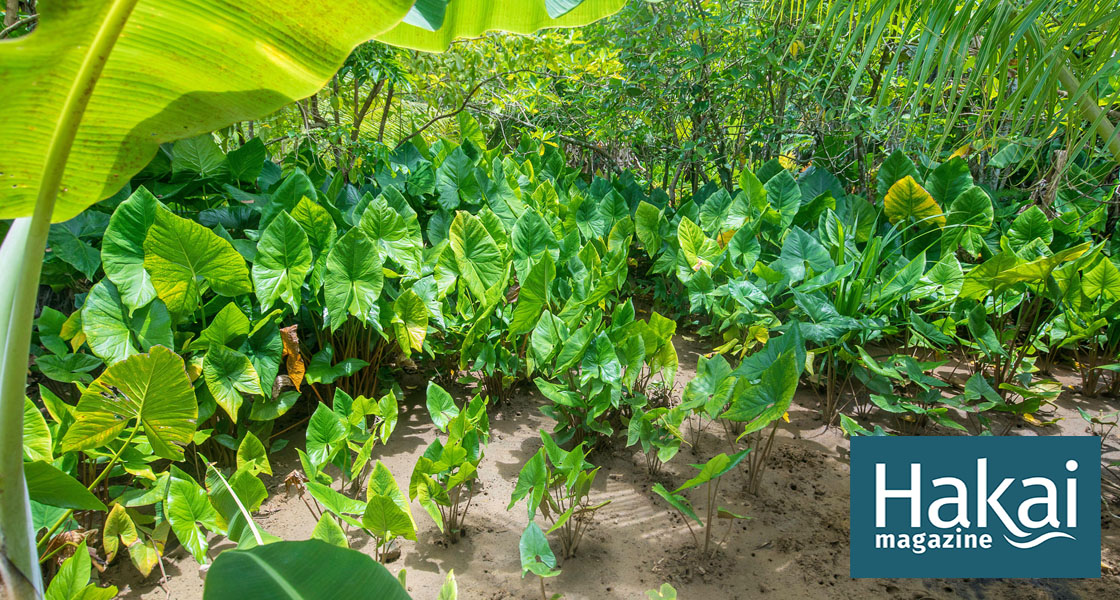 In Solodamu, a village on the steep north coast of densely forested and sparsely populated Kadavu Island, Suliasi Lau looks back on the COVID-19 lockdown of early 2020 with a note of nostalgia. “It was a beautiful time,” he says. “We couldn’t go to the shops because of the pandemic, but we could fish for free. We had a huge amount of greens like taro leaves, beautifuland lettuces, and there were lots of root crops: taro, yams and cassava.

Market closures and travel restrictions meant Solodamu residents could not raise funds through regular means such as selling produce in nearby towns or kava root in the capital Suva. But there were also fewer financial obligations: churches and schools dropped appeals for donations, while weddings were canceled and funerals limited. With free time, Lau tried new crops, which he traded and shared with other villagers. Strong communal obligations ensured that no one went hungry. “It was my first time planting cabbages, eggplants and purple onions,” he says. “We also grew tomatoes and watermelons: we had all these things more than enough.

Lau’s experience finds an echo in a new study, which shows that most rural communities in the Pacific had high levels of food security during the early months of the pandemic. Scientists behind the study found that countries with more food supply reliance on imported food, such as Tuvalu, were almost twice as likely to report food insecurity as countries less reliant on food imported, such as Fiji and the Federated States of Micronesia (FSM). In these countries, traditional practices such as local food production and food sharing were essential to their adaptability and resilience.

The researchers, from various academic and community organizations, interviewed 609 people from 199 coastal villages in FSM, Fiji, Palau, Papua New Guinea, Solomon Islands, Tonga and Tuvalu. In addition to conducting the local surveys, they also conducted a national survey in Palau.

The scientists conducted the interviews between May and October 2020. While there were few cases of COVID-19 in the region at the time, lockdowns and border closures caused significant job losses. The tourism sector, on which many Pacific island economies rely disproportionately, has been particularly hard hit. As in other countries, people moved out of urban areas – many, in this case, to their ancestral villages. Traditional practices facilitated the transition from urban to rural life.

Teri Tuxon, one of the study’s co-authors and deputy coordinator of the Locally-Managed Marine Area Network, an international NGO, says “IInitially, we thought it might result in increased fishing pressure. But we didn’t find that at all: instead, there was a lot more farming going on. »

In Fiji, people collectively established and expanded community gardens, which many urban returnees relied on before their own plantings were ready to harvest. In Tuvalu, people have turned to traditional food preservation techniques to ensure food availability.

With people out of work, cash flow stalled and supply chains stalled, bartering has been revived and amplified in many countries, sometimes with a refreshed twist. The Facebook group Barter for Better Fiji, for example, was founded in May 2020 and had more than 90,000 members within a week.

“We have seen these kinds of cultural values ​​and practices become much stronger over this period,” says Viliamu Iese, an expert in climate change, food security and disaster risk management at the University of the South Pacific in Fiji, who did not participate in the study. .

While countries with higher local food production were more resilient to the pandemic, this finding came with a key caveat.

As the pandemic spread, some countries faced other disasters, such as tropical cyclones. These overlapping emergencies have significantly hampered the ability of rural communities to support themselves. “If you’re fighting multiple crises at once, that’s where access to imported items becomes important,” says Tuxon. “You don’t want to be overconnected [to the global food system]– but you don’t want to be under-connected either.

The study highlights the need for policy in Pacific island countries to support existing local food production practices, while being able to supplement with imported foods if necessary. “The goal is not to change too much,” says Tuxon. “There is a lot of management for resilience that has been going on in villages for generations. So when the government takes office, it is important to remember that things are already working a certain way and working quite well.

Given the novelty of the current situation, however, Tuxon recognizes that new knowledge and practices are also needed.

Iese is also keen to point out another key element that was not addressed in the study. Many interventions to help food insecure people have overlooked an important factor: dietary diversity.

“The [Fijian] the government and NGOs have responded to COVID-19 as they would respond to a cyclone: ​​distributing roots like sweet potato and taro,” Iese explains. In a short-term crisis like a tropical cyclone, this is a good strategy. But in an ongoing situation like the pandemic, during which many people lacked access to protein, the public health impacts could be significant. While some people have the skills and equipment to fish, own livestock, or have the money to buy imported foods like tuna and corned beef, many don’t.

Back in Solodamu, however, Lau says he eats better than ever and is proud of his homeland and his lifestyle.

“Before [the pandemic], people with white collars looked down on us,” Lau says. “Now, when we say we come from the village, they respect us more. We think we will be fine if something like this happens again, as long as we are here in the village.