Hunting and collecting have long been obsessions of the wealthy, whether it be Egyptian pharaohs digging through the swamps and filling their tombs with artifacts, Inca rulers with their menageriesor early modern Europeans like Ole worm and Francois Willughby stuffing their cabinets with curiosities. The obsession with bird collecting in the 1800s and 1900s was a continuation of this trend but much more widespread, as by this date a higher proportion of people in Europe had the wealth and time to collect. Then as now, acquisition and hoarding often reflected deep-rooted cravings for status.

During the 1700s, easier travel and better firearms encouraged the gathering of wild animals. In the early 1800s, the building up of collections—of bird skins and bird eggs– had become increasingly popular. It was so ornithology was done at the time: having a specimen to examine, measure, keep and consult whenever necessary was the essence of the scientific study of birds. The goal was to understand the relationships between different species through a comparison of external (and sometimes internal) characteristics. The birds were slaughtered (with dust for small birds), skinned and prepared as a “study the skin” (rather than a realistic mounted specimen) that would fit perfectly in a cabinet drawer. 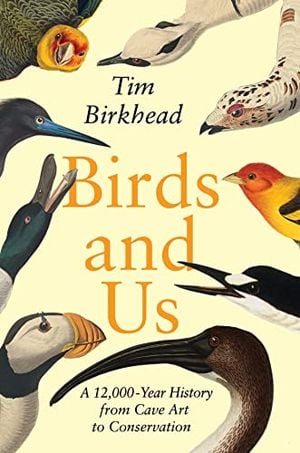 But it’s science that has given bird collecting its biggest boost. Like other 19th century ornithologists, Edmond Selous killed birds to study them. Almost everyone with an interest in birds collected specimens in this way, but in June 1898, when Selous was 40, he had a revelation while looking at a pair of European nightjar.

Magical and enigmatic, the nightjar’s perfectly patterned plumage provides exquisite camouflage when on the ground, as Selous discovered while watching from its hideout (a sheltered hiding place). He knew a bird was brooding in front of him, but it took more than an hour before he “finally became convinced that it was the bird and not a piece of fir bark that I was looking at; and that even though I knew the eggs were there. Excited by what he had seen, he wrote in a sighting log“I must confess that I once belonged to that great and poor army of killers, though fortunately a poor marksman, a most tiresome collector, and a poor half-hearted clumsy, in general. But now that I have observed the birds closely, their killing seems to me something monstrous and horrible.

The pleasure which belongs to observation and inference is, in reality, far greater than that which accompanies any sort of skill or dexterity, even when death and pain add their sting to the latter. Whoever has an eye and a brain (but especially the latter), put down the gun and take the goggles [opera glasses, or proto-binoculars] for a week, a day, or even an hour, if he’s lucky, and he’ll never want to change again. He will soon come to regard the killing of birds as not only brutal, but terribly stupid, and his once dear rifle and cartridges will now be to him what the playthings of childhood are to the grown man.

Selous made empathy for birds respectable and in the process changed the world. Bird watching became one of the most popular hobbies in the world, ultimately making birdwatching scientific and playing a central role in animal conservation. Passionless killing was gradually moved in favor of a softer, more intimate approach whose goal was to better understand the nature of a bird’s world. It was a change reinforced, of course, by the appearance of decent binocularswhich in the early 1900s allowed observers to observe birds from a distance without disturbing them.

As interest in bird watching rather than shooting grew, a view taken by the ornithologist Max Nicholson came to dominate the field. Nicholson believed that birdwatching should be “meaningful”, and he wanted birdwatchers to direct their energies toward an even greater understanding of bird behavior, especially in terms of numbers, and so he started the practice of monitoring bird populations.

A second boost to birdwatching came in 1940, at the start of World War II, with James Fisherit is Bird watching, a book that eventually sold over a million copies and which, in its introduction, highlighted the diversity of people then engaged in the hobby. For those directly involved in the war, birdwatching was a welcome distraction during the long, boring intervals between battles. And for the confined in German POW camps, birds provided a much-needed antidote to boredom and despair.

One of the soldiers who consoled himself with the birds was John Buxtonwho served as director of Skokholm Bird Observatory in 1939 with his wife Marjorie. Captured in Norway in May 1940, Buxton spent the rest of the war in various prison camps, where he encouraged fellow prisoners to observe and record the behavior of various birds they could see. From his camp, Buxton wrote to Erwin Stresemann, Germany’s foremost ornithologist, who, in a wonderful gesture of collegiality, responded by sending books and bird rings (rings placed around a bird’s leg to help identify them) to help them in their studies. A true scholar – he was halfway through a graduate degree at Oxford at the start of the war – Buxton then turned the mass of notes accumulated by his fellow prisoners into a monograph on the common redstart which was published in 1950.

After the war ended, interest in birds metamorphosed from a “relatively rare eccentricity into a national pastime”, according to a 2007 story in the journal British birds. In doing so, two increasingly distinct strands – which Nicholson would have identified as either deliberate (census) or aimless (birdwatching) – began to emerge: investigations against listing, or holding a list of all the birds the observer has seen. In a way, such a split was inevitable. As more and more people became interested in birds, it was unrealistic to expect them all to engage in something “useful”.

This emerging ornithological watershed aroused strong feelings, exemplified by the Reverend Peter Hartley, a professional ornithologist who in 1954 declared this “[n]scientific birdwatching…is simply lazy, incompetent, and careless birdwatching. In response, Denis Summers-Smith, a hobbyist who eventually became Britain’s leading expert on sparrow research, countered by saying that birdwatching “is no more careless … than going to a concert without a score”. He added, “[M]none are suitable for carrying out scientific studies or reading sheet music. Should we blame them for the pleasure they derive from birds or music?

The battle between Hartley and Summers-Smith was symptomatic of birdwatching’s continued bumpy descent through the social hierarchy. In the 1800s and early 1900s, only the wealthy could afford to take a serious interest in birds. Even into the 1950s, birdwatching continued to be dominated by those “who dominated most departments of cultural life” in Britain, i.e. mainly upper-class white men , as Mark Cocker writes in Birders: Tales of a Tribe. But in the 1970s and 1980s, as interest in birds continued to grow, most birdwatchers “came from the same broad social background – the working and middle classes”.

Over the following decades, birdwatching became more genteel. The days of sneaking through the underbrush with binoculars are a thing of the past, as most birdwatchers today are transported along wooden boardwalks to cozy hideouts to watch birds in comfort. Since the 1960s, the continuous expansion of higher education in much of the world has led to an increase and more women take university courses in biology and zoology and become professional ornithologists.

Around the world, tens of millions of people are interested in birds. Because there is no precise definition of what an ornithologist is, there is no precise number. It is telling, however, that the Royal Society for the Protection of Birds in the UK has more members than the whole of the UK political parties combined.

The irony of it all is that as the number of people interested in birds has exploded, the number of birds in the world has steadily decreased, largely due to habitat loss and overexploitation. More and more people are looking for fewer and fewer birds. The good news is that the increase in the number of birdwatchers, along with amazing technological developments like the online database eBird and migration monitoring project ICARUSare transforming many different forms of birdwatching, giving them meaning and improving our knowledge of bird biology on a scale that no one could have imagined just 20 years ago.

Adapted from Birds and us: a 12,000-year history, from rock art to conservation by Tim Birkhead. Published by Princeton University Press. Copyright © 2022 by Tim Birkhead. All rights reserved.