House fire in Lincroft over the weekend 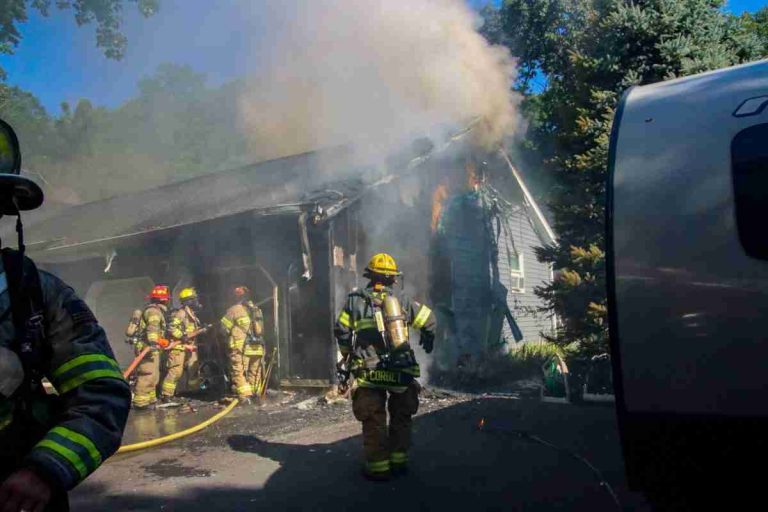 House fire in Lincroft over the weekend

At 9:08 a.m. on Saturday August 13, the Middletown Township Fire Department (MTFD) was dispatched to West Front Street in Lincroft where a structure fire was reported by a passing caller. The witness reported seeing a fire in the garage with large flames and people evacuating the structure, including a subject in a wheelchair. 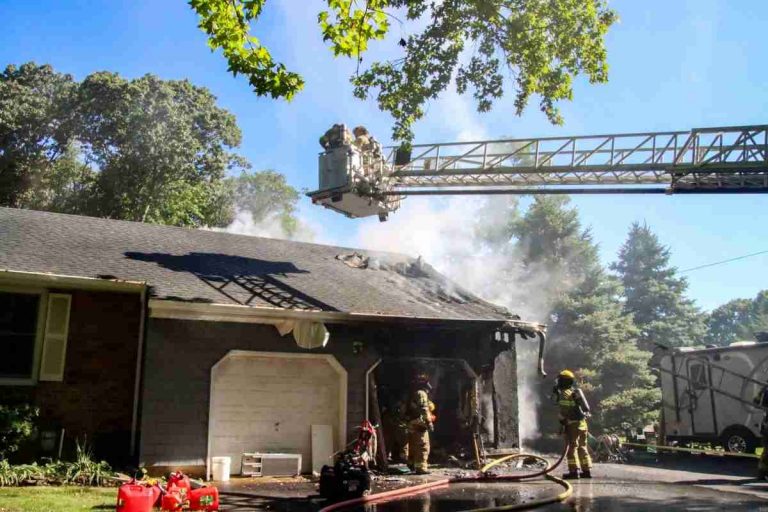 Middletown Township Police Department officials were the first to arrive on the scene and confirmed heavy fire in the garage area. MTFD Deputy John Waltz arrived and confirmed the initial fire report. He then requested reinforcement from the Rapid Response Team and other support units. The first engine to arrive was tasked with deploying two 1 ¾” handlines to the garage, attacking the origin of the fire and the progress of the fire into the attic of the garage, working in the living room of the ranch-style house .

During the fire, the line supplying power to the house from the street broke loose and landed over the driveway. This safety issue had to be resolved as firefighters continued to battle the blaze until the power was cut off on the street. A 5 inch hose supply line from the nearest fire hydrant 200 feet away was deployed.

Along with fire suppression efforts, search and rescue operations using thermal imaging cameras were used to ensure that no residents were inside the structure and that all fires were found and extinct.

The fire was brought under control by MTFD Deputy John Waltz at 9:30 a.m. All units were evacuated from the scene at 11:05 a.m., officials said.

Seven members of the Fairview and Leonardo first aid teams provided medical services to 12 firefighters. No firefighter injuries were reported.

It should be noted that while this fire was being fought, the MTFD was also dispatched to Brookdale Community College for a fire alarm. Apparatus from Lincroft, Old Village and Port Monmouth fire companies resolved this incident simultaneously.

The fire is being investigated by the Office of the Middletown Township Fire Marshal under the direction of Fire Marshal Edward Skelly.