Historic bells ring in Danbury, kicking off the summer series of carillons from St. James’s Church 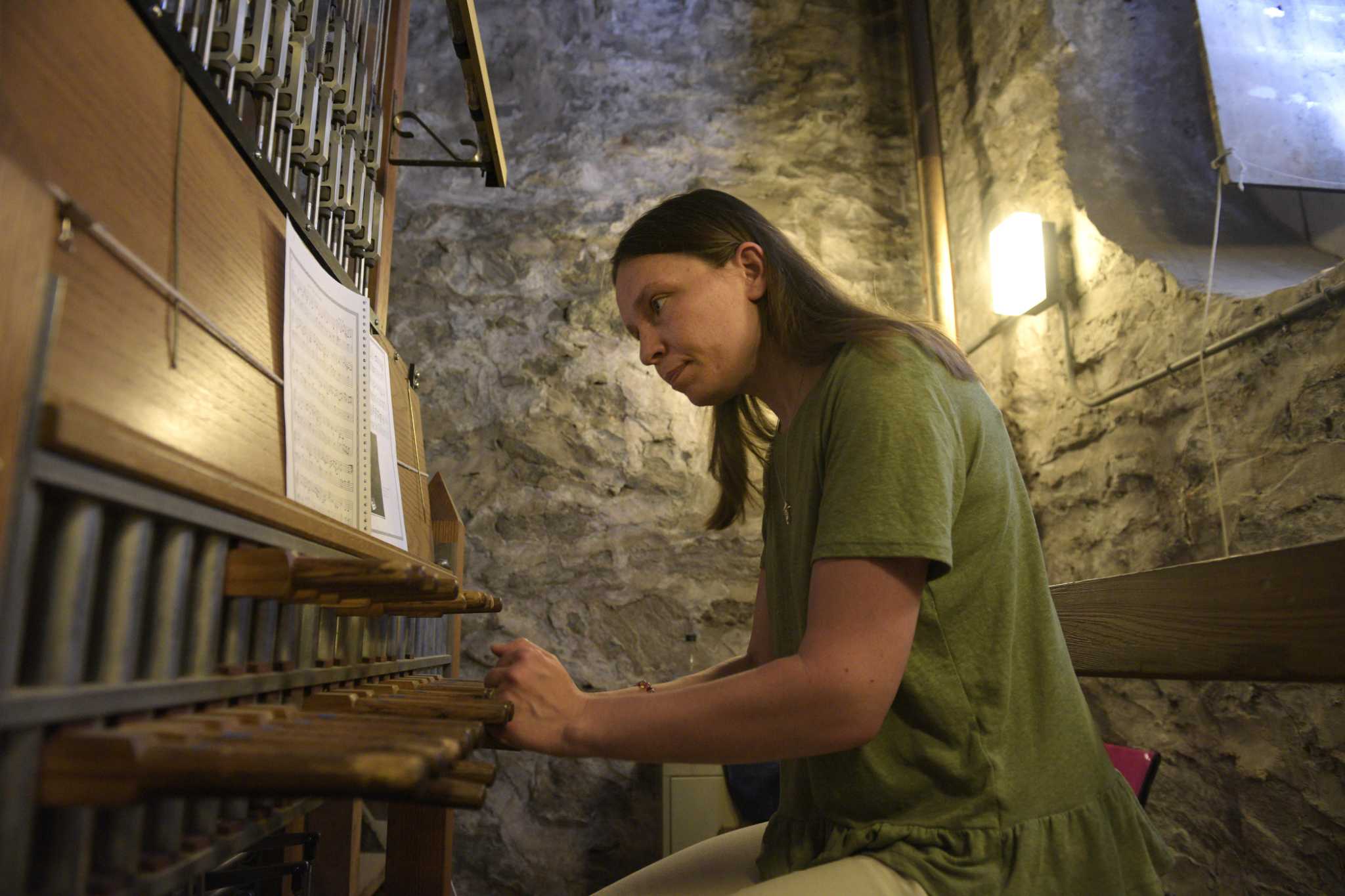 This is a carousel. Use the Next and Previous buttons to navigate

Tatiana Lukyanova, a musician from New Britain, climbed the church steeple to play bells, which were installed in 1928 in memory of Ella Bulkley, who had died the previous year and donated money to the church for the chimes. Made by Meneely and Company, they were considered the first American-made carillon and were unique because they had 23 bells, according to a church brochure.

“Up to this time, no American bell-founder had undertaken to make a carillon or to tune and arrange more than 21 bells,” the pamphlet states.

Known as the “Star Spangled Banner Chime,” the bells could be used to play the national anthem without a hit, according to the brochure.

Since 1987, when the bells and tower were renovated and rebuilt with a donation from Florence Brown, the church has hosted an annual series of summer carillons. The concerts are supported by grants from the Danbury Cultural Commission, the brochure says.

The public was invited to bring a chair into the church garden or the library courtyard to listen to the music, which began at 1 p.m. and lasted about half an hour.

All future concerts are at 1 p.m. The program until July is as follows: