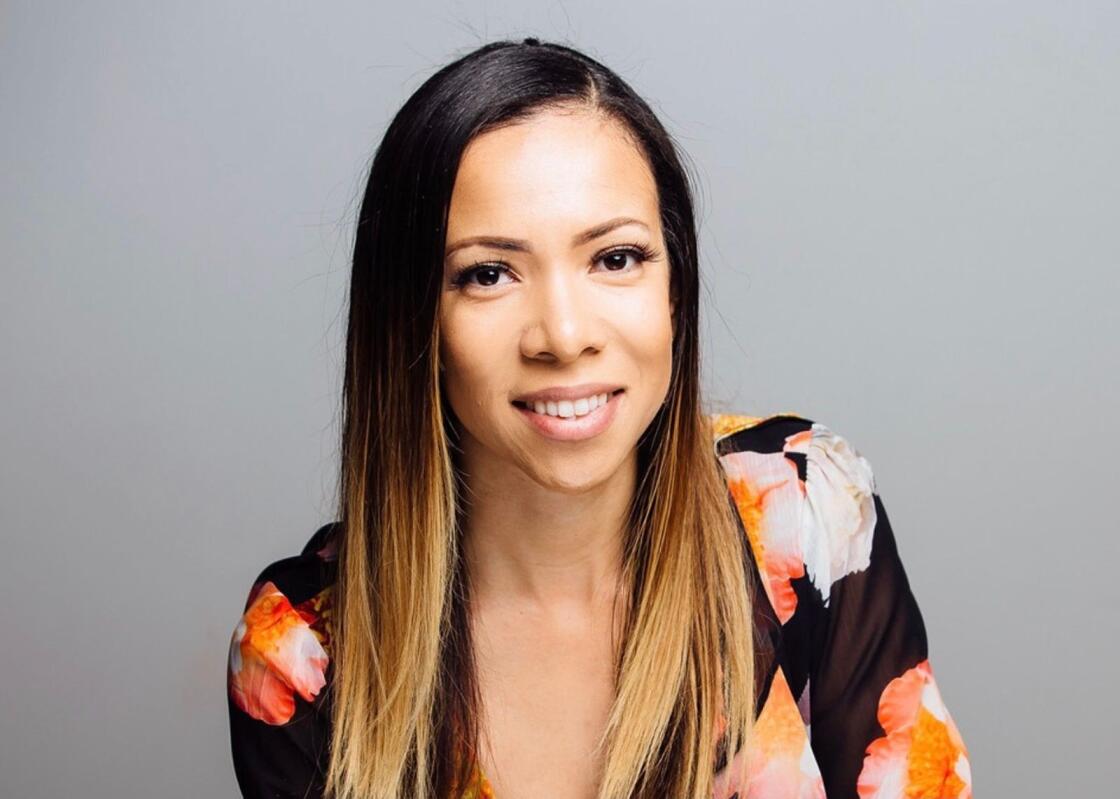 “Thanks to all these support programs, I was able to really change the trajectory of our lives”, explains Sophia DeMartino.

“It’s important not to do this, no matter what you think of their situation or where they’re from, because with the right opportunities and the right support, people can change the world.”

This is exactly what DeMartino does in her daily work at Horizons, A Family Service Alliance, where she advocates for those in need.

Originally from Queens, NY, DeMartino grew up in Iowa City. A single mother at the age of 16, she was kicked out of high school because she was pregnant.

She then enrolled at Kirkwood Community College for its High School Leaving Program, which allowed students to complete high school at their own pace.

“I missed the equivalent of two years of homework in about six months, so I ended up graduating when I was 16,” she recalls.

DeMartino spent a brief time in Des Moines trying to jumpstart her college career early on, but looking back one realizes that she wasn’t ready to take on this at that point in her life. She returned to the Iowa City area and began to work to pay off the student loans she had taken out.

She then moved to Cedar Rapids with her two daughters to enroll in full-time classes in Kirkwood.

“It was just a whole different experience back then than in Iowa City where being in poverty, it was like you were left out of a lot of things,” DeMartino said.

At Cedar Rapids, she discovered that there were free movies she could take her kids to during the summer, and that there were wading pools where they could play. And she could afford to pay rent in a place where her children could have their own rooms.

She also found help navigating the world of social services.

“They did it in a way that helped you achieve your goals,” she said.

DeMartino enrolled her children in Head Start, she started receiving food assistance through WIC, and they got help with medical bills and appointments. She was also able to obtain a vehicle as part of a work program.

“Thanks to all of these support programs, I have really been able to change the trajectory of our lives,” she said.

One of those programs was a housing assistance program through Horizons that combined rent payments with grant funds that were distributed into an escrow account to serve as a down payment on the purchase. of a house.

“I had no idea I was ever going to work for Horizons and didn’t even make the connection when I applied for the job later that this organization had helped me get to where I was. DeMartino noted.

But when she saw the job listing for the organization, she felt called.

For five years, DeMartino managed the Meals on Wheels program for Horizons, which is the largest such program in the state of Iowa.

“It was my first opportunity in my professional life to work in leadership. And it was a very important program in the community, and I was trusted to do it, ”she said.

Over the past year, DeMartino’s role has shifted more towards grant writing.

“We had to find a way to cover the costs of our programs without being able to have our typical fundraisers during the pandemic,” she said. “They asked me to write one grant and it worked pretty well, so they asked me to write another one. So now my role is that of director of community relations and grants.

Outside of work, DeMartino is one of the founders of the Black Maternal Health Collective, an organization dedicated to raising awareness of inequalities in maternal health care and saving the lives of black mothers.

The group gathered stories from the community and combined them with research highlighting that while black women nationwide have died at a rate of three to one against white women during childbirth here in Iowa , that number is six to one. Today, the group is working to form a dedicated non-profit organization.

A mentor from Kirkwood encouraged her to join the campus Democrat group, which she led at one point. She was inspired to continue her education at the University of Iowa and Mount Mercy University, where she obtained a Bachelor of Arts in Political Science and an MBA.

“It’s important that my daughters see me in a leadership role,” she said of her volunteer work and interests.

“Also, there are conversations I’ve had with other little girls, especially girls of color, who look at me and say, ‘Are you someone’s boss? And are you black? ‘

“It’s important that I can have these conversations because there are still places, especially here in Iowa, where it can be difficult to be seen as someone who can lead based on the color of their skin. It is important that the representation exists. And I am grateful to have this opportunity.

Once a month, Business 380 highlights some of HER Magazine’s Successful Women, published by The Gazette. The awards were sponsored by the Farmers State Bank.