The aftermath of the People’s Democratic Party (PDP) primaries for the House of Representatives and state assemblies dominated the front pages of Nigerian newspapers.

The Punch reports that All Progressives Congress (APC) chapters in Rivers, Oyo, Benue and Sokoto are currently facing crises stemming from last week’s election of delegates to the gubernatorial primaries. The newspaper says subscribers have opposed the federal government’s decision to impose a new N90 billion tax on telephone calls. 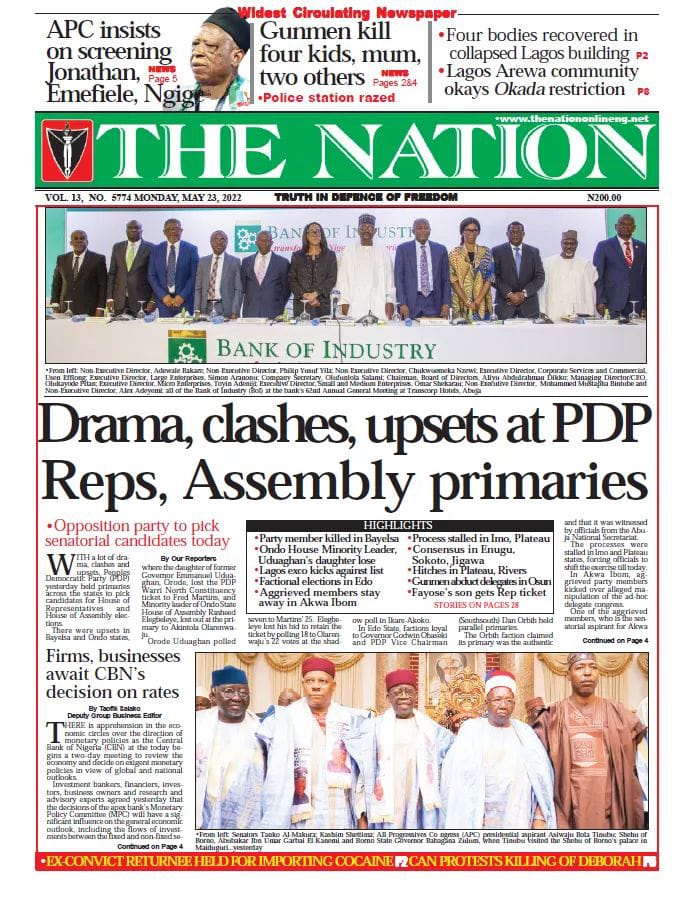 The Nation reports that the PDP’s just-concluded primaries for the House of Representatives and state assemblies have been marred by controversy. The newspaper says gunmen killed six people, including four siblings and their mother, in various locations in Anambra State. 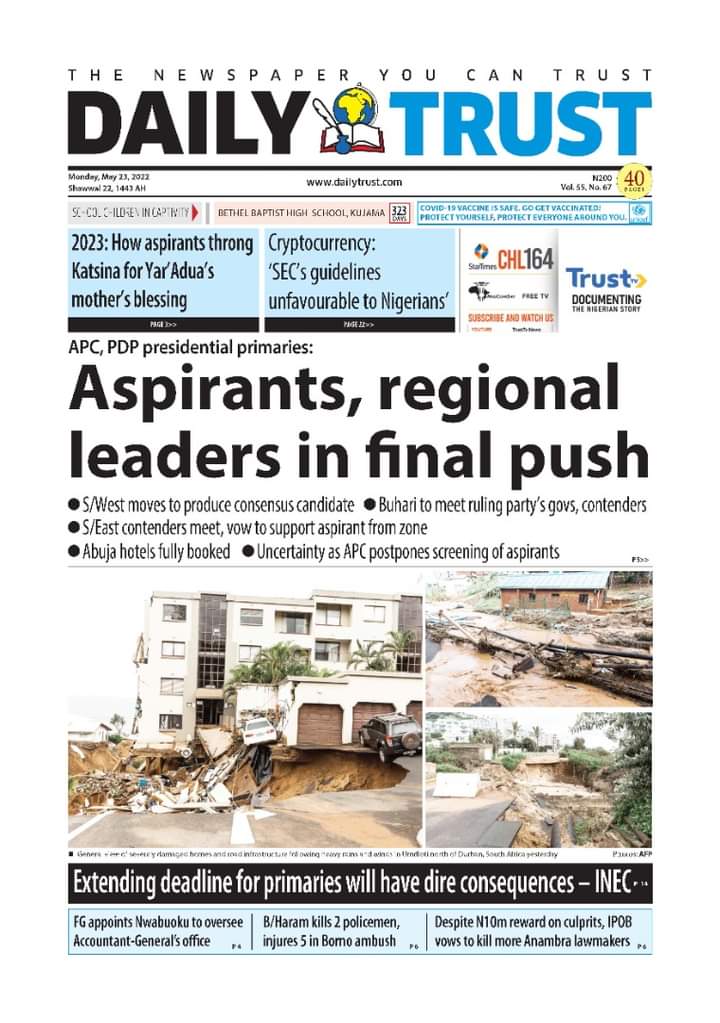 Daily Trust reports that presidential candidates are in the final stages of mobilizing delegates ahead of political party primaries. The federal government has approved the appointment of Anamekwe Nwabuoku to oversee the accountant general’s office of the federation, the newspaper said. 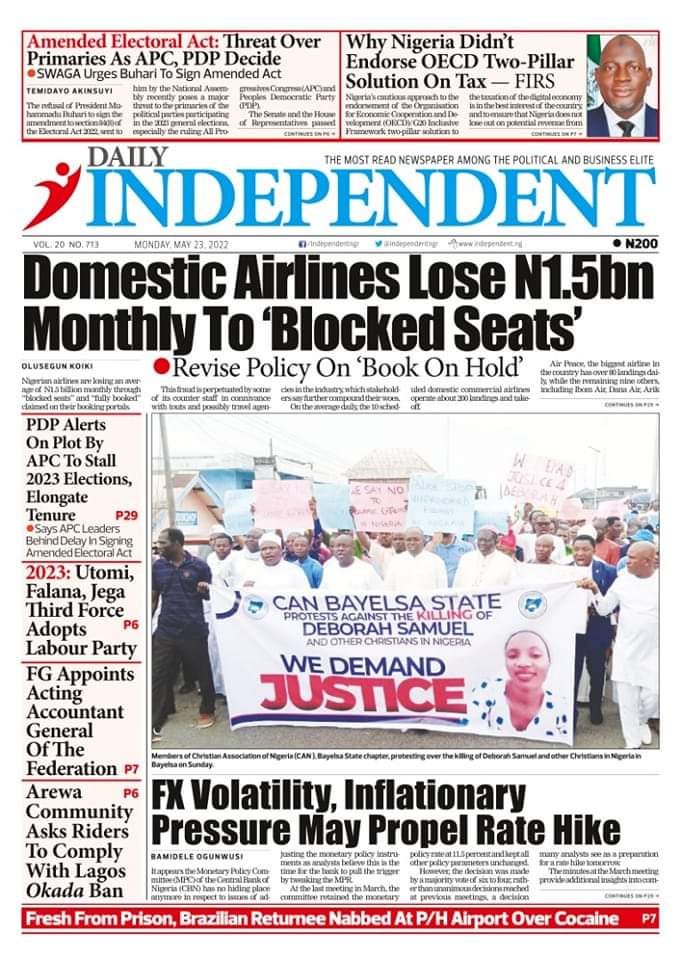 Daily Independent reports that Nigerian airlines are losing an average of 1.5 billion naira per month due to claims of ‘blocked seats’ and ‘booked full’ on booking portals. The newspaper says the Arewa community in Lagos has asked the motorcyclists to comply with the state government’s ban on the use of commercial motorbikes. 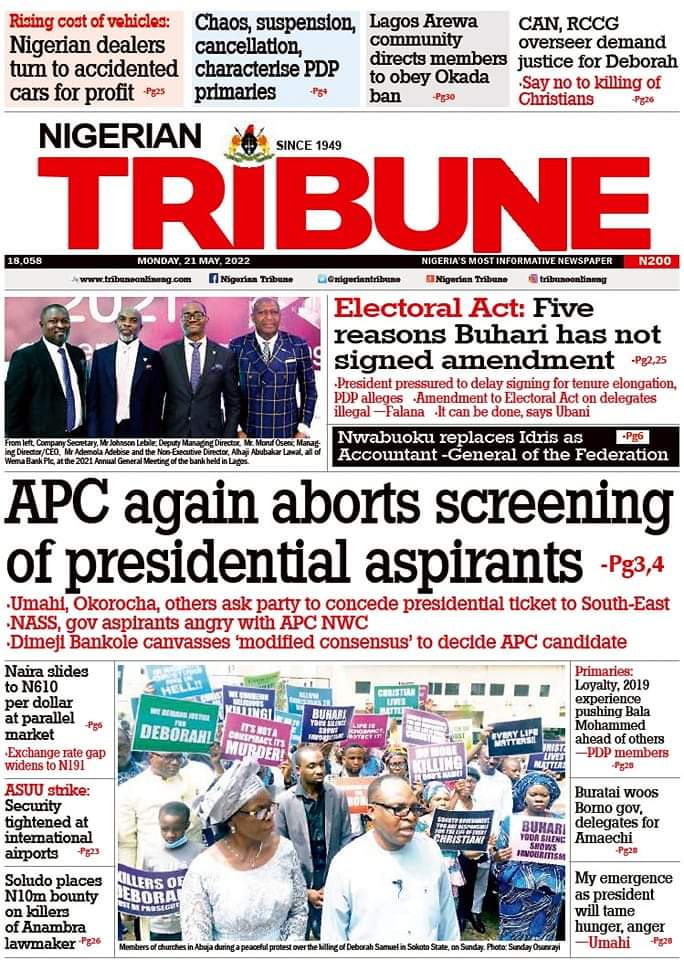 The Nigerian Tribune reports that APC has again postponed the selection of its presidential candidates. The newspaper says Charles Soludo, Governor of Anambra, placed a 10 million naira bounty on the killers of Okechukwu Okoye, a state legislator.