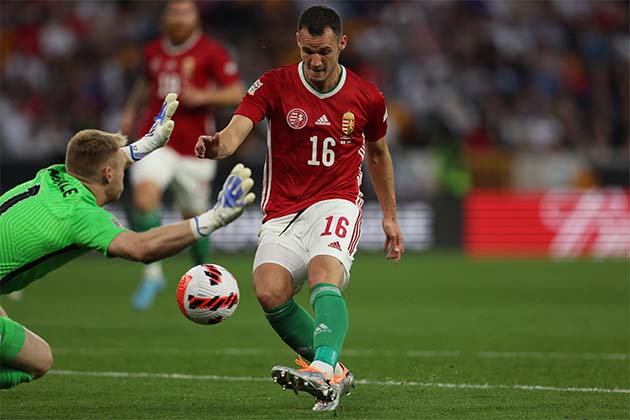 Demarai Gray became the first Everton player to score this season as Frank Lampard’s side saved their first point with a late rally at Goodison.

Everton, whose only previous goal was an own goal from Aston Villa’s Lucas Digne, felt that sinking feeling again when Brennan Johnson put Nottingham Forest ahead after 80 minutes.

But England keeper Jordan Pickford, who could have done better, redeemed himself with a marvelous 70-yard assist to Gray who confidently passed Dean Henderson just two minutes from time.

The home side’s bright start has matched the Merseyside sunshine with Anthony Gordon looking lively amid speculation linking him with Chelsea.

He let fly from 25 yards to produce a flying save from Henderson who then went low to stifle a shot from Alex Iwobi.

Tom Davies also made a hash of his arrival when he was left unmarked by the visitors at the far post after a set piece.

Forest made a decent start to life in the top flight after a 23-year absence and they finally caused a threat when Pickford was called into action to save from Neco Williams and Taiwo Awoniyi.

Gordon was fired up and became first booking when he caught Lewis O’Brien with a tall challenge.

Gray tried to catch Henderson by drilling his free kick to the near post, forcing the Forest keeper to block with his legs.

Forest were forced to make a change after 55 minutes when midfielder Orel Mangala limped off to be replaced by Ryan Yates.

But there was great excitement minutes later when manager Steve Cooper dispatched record signing Morgan Gibbs-White on his Forest debut following a £25million move from Wolves.

Everton’s own sub-Amadou Onana was lucky not to leave early. He was booked as he slid challenging Awoniyi and relied on referee Andre Marriner not to show a second card when he bundled up on O’Brien.