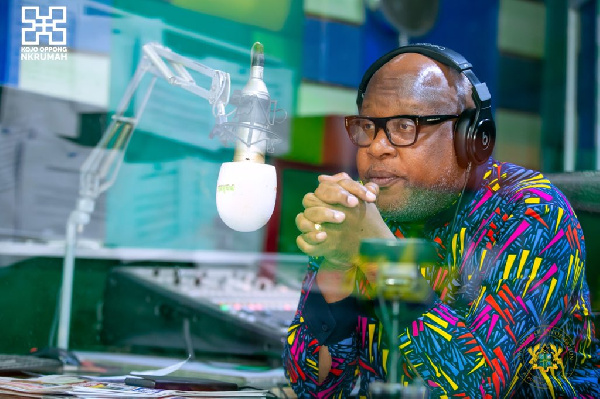 Ghana’s economic difficulties are caused by many factors and according to host Kokrokoo of Peace FM and his panelists, the country’s overreliance on imported goods, including old newspapers, is one of these factors.

On the August 9, 2022 edition of the show, Kwame Sefa Kayi and his panelists, Kwesi Pratt Jnr, Opanyin Agyekum and Nana Akomea, spent nearly five minutes talking about how old newspapers are imported into the country only for packing purpose. foodstuffs and a few other things.

“Do you know that we import old newspapers into this country? Sefa Kayi asked Kwesi Pratt who had previously expressed shock that Ghana was the third largest importer of tomato paste from Germany.

Going further by reading a message from a listener to the show, Sefa Kayi said, “We import old newspapers with our dollar. Go to Lapaz right now, there’s a 40ft container unloading old newspapers.

Nana Akomea, who was shocked to hear this, said if the purpose was to wrap food products, then traders can use locally produced newspapers.

“Every day you have more than twenty newspapers here in your studio, why don’t they come for some,” said Nana Akomea.

“While I was studying in Russia, I saw Ghanaians collecting old newspapers. Their newspapers are wider than ours, so Ghanaians think these can pack the articles better.

Coupled with the ink used in printing the newspapers, panelists noted that the long time exporters spend to collect a full container of these newspapers, as well as the length of time the papers spend at sea during shipment, were disturbing and endangering health.

Guinea fowl and bottled water are things that panelists said were also imported.

“That’s our problem. It’s all part of why our economy is not doing well,” Kwesi Pratt said.

For Opnyin Agyekum, “the quest to live big is what kills us the most”.

Watch the latest episode of BizTech below: