For sale: A beautiful property with ‘flaws’ 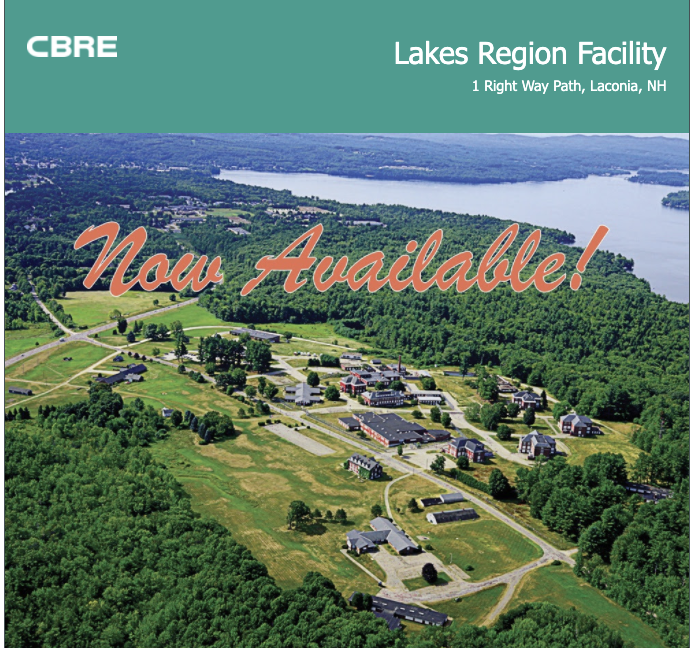 Nearly a dozen people have expressed interest in redevelopment of the 216-acre former prison site in Laconia’s Lake District – and it’s no wonder.

The brochure advertising the property highlights the stunning lake views and the site’s proximity to ski slopes, as well as a golf course and six lakes. It highlights an opportunity in the state’s significant housing shortage. The marketing materials don’t list an asking price, but say the property is already zoned not only for housing, but also for hotels, restaurants, retail and entertainment.

“The Lake District has truly become a work-life-play opportunity for many,” it read.

Despite these features which have already attracted potential buyers, the state has tried and failed to sell the property for years. A single sentence in the brochure says why: “The property is sold as is in its present condition, with all faults.”

These “flaws” include water and sewage systems that need replacing and the likely demolition of several of the site’s 35 buildings, many of which have been abandoned since 2009 and have collapsed roofs and shattered windows.

Last year the state hired CBRE, a global property brokerage with an office in Manchester, to overcome these challenges and find a buyer with money, experience and an interest in redevelopment of the site. .

The company did not return messages, but quietly began advertising the property last month via targeted outreach to undisclosed investors, as well as a website with detail pages.

The site reveals more than how CBRE presents the property.

It shows the company continued a working relationship with the Lakeshore Redevelopment Planning Commission, a statutorily appointed group that the state had discouraged CBRE from relying on. It also makes it clear that the state will almost certainly remove the 911 emergency call center and a mutual fire dispatch from the site, a venture that is expected to cost millions.

The work of the committee

In its request last year for property marketing proposals, the Department of State Administrative Services cautioned 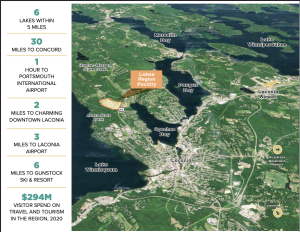 the bidders against the use of the commission’s proposed four years of research, studies and plans, claiming that the state’s objective in selling the land quickly differed from the commission’s objectives. He did not specify how, but Jared Nylund, a real estate asset manager with the department, said in an email on Tuesday that the marketing of the property “is not included in the statutory purposes, duties or powers of the Commission”.

Gov. Chris Sununu also sidelined the commission with an addendum to the budget giving him and the Executive Council the sole power to sell the site — bypassing the typical slow state review process.

Panel Chairman George Bald welcomed CBRE’s interest and believes the panel’s work will be valuable to bidders. “It provides really good, solid information about the situation there,” he said. “All the things bidders would definitely need and wouldn’t want to spend money on.”

CBRE’s Roger Dieker, the project’s lead broker, told Bald in mid-March that the company had received 10 to 15 inquiries. Bald said he provided CBRE with the names of people who had contacted the commission with interest.

“I told CBRE anyway I could help them, I will,” Bald said. “They seemed to understand that it would be important for them to work with us. While (the state RFP) stated that they were not obligated to work with us, they indicated to us that they would.

Bald urged CBRE to work with the city of Laconia, which wants to see the property redeveloped with a mix of housing and possibly medical services.

“I don’t want to sound like a broken record, but I’ve told CBRE probably 10 times, ‘Make sure you meet with the city manager, the mayor, and the director of planning,'” Bald said. . “These people have a good sense of the city. If you try to do this without their involvement, it won’t work, no matter who bids.

CBRE marketing materials indicate that the state intends to deliver the property vacant, with no tenants; the site currently houses the 911 emergency call center and the Lakes Region Mutual Fire Aid, which distributes to 35 cities.

Chief Jon Goldman estimated the cost of buying new land, building a facility and moving dispatch equipment would be $7 million, a cost that would be shared between the cities members of fire aid. The state has not said publicly how much it would cost to do the same for the 911 call center.

House Bill 1548 calls for using the proceeds of the sale for the move, without specifying an amount. The bill won’t provide any help if the property sells for little or nothing, as the state predicted in its marketing request for proposals. Citing this expectation, the state pays CBRE $50,000 for its marketing work plus an additional $50,000 or 5% of the final sale, whichever is greater.

Goldman said Tuesday that the state has offered to move the two operations to state-owned land adjacent to the property.

“We don’t want to budge,” Goldman said. “It shouldn’t cost us anything because it’s not our fault that we have to move.”

A former California college campus is back on tax rolls after selling for $15.5 million in November. A former Florida prison is now an eco-hub incubator for growing hemp and seaweed.

The company highlighted these and other successes in the proposal it submitted to the Department of Administrative Services last year.

In its proposed offering, the company also highlighted five successful “redevelopment sales” it completed in New Hampshire between 2010 and 2019. In 2020, it hosted the $3.2 million sale of an industrial property in Dover, according to its website.

Outside of New Hampshire, CBRE has helped government clients redevelop correctional facilities, surplus land, a college campus and state offices in North Carolina, Oregon, Ohio, South Carolina, Florida and in Virginia, according to his proposal.

The Laconia property is divided into two parcels, the larger encompassing nearly 200 acres bordering Route 106. The roofs of several buildings have collapsed. Barbed wire still surrounds the part of the site used for a state prison from 1991 to 2009.

The state acquired the site in 1901 and for years it housed the New Hampshire School for the Feeble-Minded, later renamed Laconia State School, which closed in 1991.