Five months later, the effects of the oil spill persist 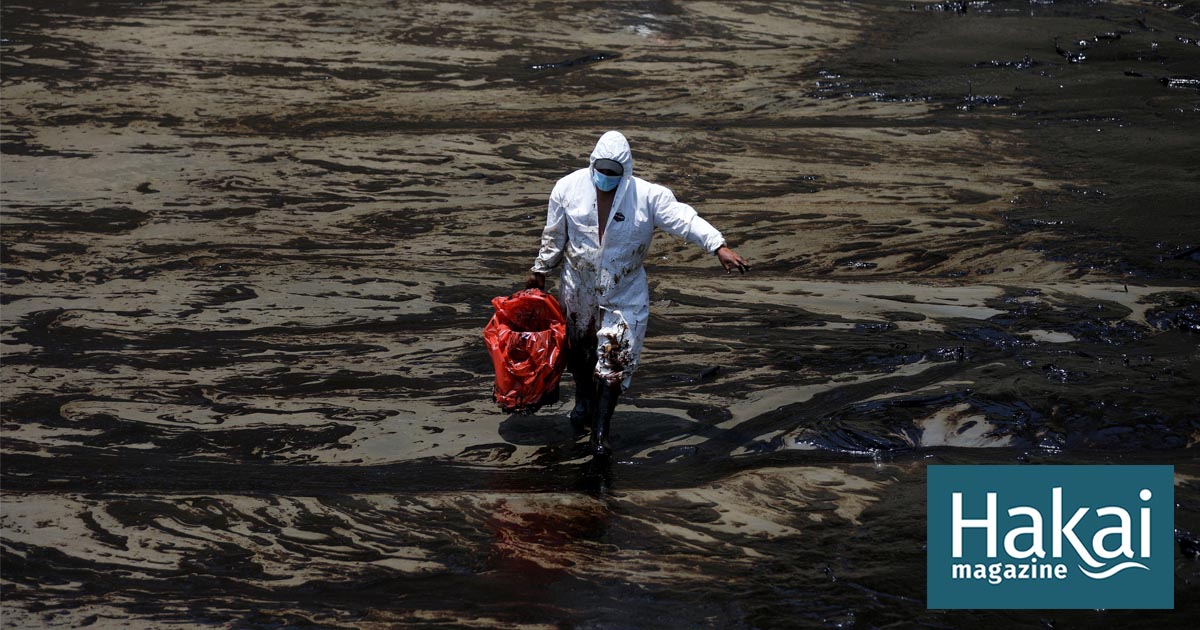 The port of Ancón, just north of Lima, Peru, should be very busy. It is a cold, gray Friday morning, around the time the fishermen should return to port and unload their catch. But since January, when Spanish oil company Repsol spilled 11,900 barrels of crude oil just off the coast – a spill the United Nations calls the worst environmental disaster in Peru’s recent history – the port has nearly collapsed. completely stopped.

On January 15, the tanker Doricum mare released oil which during the month spread over approximately 100 square kilometers – an area almost twice the size of Manhattan which includes two protected areas. In addition, contaminated oil approximately 37,000 tons of sand.

Despite initial outrage, the spill was all but brushed off the media cycle in a country that is going through a protracted political crisis. Yet five months later, affected communities are still in shock. Although the Peruvian government continues civil and criminal action against Repsol and other parties, fishermen still cannot go out to sea and most of Ancón’s traditional seafood restaurants are closed. Throughout the region, the oil spill continues to be responsible for a multitude of lingering effects.

One group still suffering are the fishermen hired by Repsol to help clean up the spill. Juan Carlos Riveros, scientific director in Peru of the international rights organization Oceana, explains that Repsol paid 50 soles ($13) a day to unemployed fishermen to clean up the oily beaches. The company “gave them nothing but a cotton suit, a surgical mask, and a shovel,” Riveros says. Some anglers report experiencing symptoms of prolonged oil exposure, including rashes, headaches, and arthritis-like symptoms. “What [Repsol] was nothing short of criminal,” Riveros says. (There is no official documentation of the aftermath of the spill on the health of the hired fishermen, as the Department of Health says it did not carry out any medical assessments.)

The spill also disrupted local food security. Although Peru is home to one of the richest fishing grounds on the planet, second only to China, a large portion of the country’s catch goes to produce fishmeal for global animal husbandry and aquaculture. Peruvians still largely depend on artisanal fishermen. But following the spill, the government issued a fishing ban that has been extended indefinitely, leaving coastal communities struggling to get affordable protein.

Héctor Samillán, a shell fisherman and president of the Ancón Shellfish Fishermen’s Association, says he brought home crabs or sea snails every day. “My children only had to boil some rice so that we had a good meal. Now it’s on,” Samillán says.

The fishing ban put fishermen like Samillán out of work for months. Although thousands of people have turned to temporary jobs as construction workers, delivery drivers or security guards, there are only a limited number of jobs to be done. Fishing elsewhere is not easy either. “I can’t just move to another town and start fishing there,” Samillán says. “They already have quotas and permits in place; there is no place for us there.

Fishermen stranded by the spill are supposed to receive compensation from Repsol, which has promised an interim monthly payment of US$750 to each fisherman affected, according to Peruvian Prime Minister Aníbal Torres. Yet the compensation effort has been sporadic and incomplete.

This effort is all the more difficult as it is not even easy to establish the number of fishermen concerned. While Peruvian artisanal fishing accounts for up to 20 percent of the country’s total catch, the number of artisanal fishermen is unknown to the governmentand about 60 percent of artisanal fishing vessels are “informal”which means they don’t have a fishing license. Repsol and the Peruvian government have repeatedly claimed that this makes it impossible to calculate the true extent of the damage.

But the gap between official statistics and the reality they are supposed to represent seems enormous. This could be partly due to the fact that, unlike other countries, Peru does not have an agency responsible for coordinating actions surrounding the spill. While Peru’s production ministry decided that around 5,000 people warranted economic compensation, another state agency, the National Consumer Protection Authority, calculated the number to be closer to 700,000.

Yet even fishermen receiving compensation have only seen two rounds of payments in the five months since the spill, and there is no confirmation as to when or whether a third was due. . Many fishermen and sellers say they have been excluded from the compensation register. Peru’s National Civil Defense Institute, the agency responsible for keeping the register, said it would release an updated list in early June, but did not.

The disjointed compensation effort and lack of transparency from the government and Repsol has caused a rift in this once cooperative community.

Since 2012, Ancón fishermen have implemented self-imposed quotas and fishing seasons to ensure the sustainability of fish and shellfish populations in the area. But with experts warning it could be years before there are viable populations to fish in the area again, Samillán fears that sacrifice has been in vain.

“For more than 10 years, I made the decision to take home less money and convinced others to do the same,” he says. “I knew the future was in sustainability, but it all fell apart.”

The opacity and confusion surrounding compensation is pushing people to the brink. Some are angry at being excluded from negotiation packages. Others, like a fishmonger who argued with fishermen in the port for “giving up the bay for a bag of lentils” just before he was chased away, accuse the beneficiaries of selling off to Repsol.

Jesús Huber, a 60-year-old artisanal fisherman, says he is tired of waiting. Disappointed and overwhelmed by debt, he wonders if more extreme measures are needed.

“I think it’s time to block major highways because peaceful protests don’t work anymore. I’m done,” he says to nods of approval from his fellow fishermen.

Repsol was contacted for comment, but did not respond in time for publication.