Everything I wear exaggerates my curves — Didi Ekanem 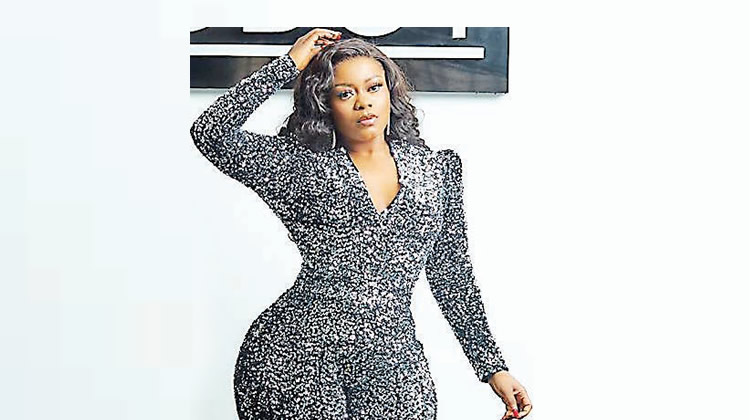 I grew up watching a lot of Nigerian movies, especially when Genevieve Nnaji reigned supreme. That’s when I developed an interest in becoming an actor. I felt Geneviève was an exceptional actress, and her beauty and personality stood out. I just wanted to be like her.

My father supported my career but it was not easy. Initially, I told my father that I wanted to be a lawyer, and he wanted it too. That’s why I got a law degree. I was supposed to move on to a law degree by “direct entry” in the second year if I passed. But, I didn’t succeed because there were a lot of distractions. I then changed my mind, going from wanting to be a lawyer to being an actor. When I first told my dad I wanted to be an actress, he said I had to forget about it. But, I held on, and he said if I wanted to be an actor, I should finish my studies. Then he started supporting me. He even paid for the film school I attended.

I’m more of a businesswoman these days. I haven’t played in the past five years. I have a fashion business called Shop ODOT, as well as a food business, which I started in March 2022. This is the project I’m currently working on as the business is still very new. I try to put the business out there because I want people to know about it.

Social media has been a great marketing platform for my business.

Back then (early in my career) people thought the only thing I had going for me was my body. People seem to think that as a curvy woman you attract extraordinary favors because of your appearance, but that’s not true.

As an actor, I felt that people weren’t able to notice my talent; it was as if my body eclipsed my talent. Whenever my name was mentioned, it was always about me having a big ass. I had to work twice as hard as the others, and it didn’t feel right. I wanted people to appreciate my talent. Luckily, I was able to change that narrative through the things I do. Many people now realize that I am a very hardworking woman, and that makes me happy.

Playing on stage is more difficult because you have to make sure you deliver your text well, without giving the impression that you are stuffing it. However, when it comes to acting in a movie, you can easily improvise if you forget your lines, and that makes things much easier.

There were a lot of challenges. When I entered the industry, I realized there were a lot of things that were considered standards that needed to be followed. One of the biggest challenges I had was finding jobs. It was always like harassing the producers, the majority of whom are men. You had to constantly call them and ask to be in their movies. When people talk about sexual harassment, I don’t put all the blame on the producers because it’s not easy when women harass them.

I don’t really remember if I was cyberbullied. I don’t consider myself a celebrity. I really haven’t done anything negative on social media to get people to troll me.

I keep a small circle of friends. I really don’t have any famous friends. I get along with them but I don’t keep them as friends. I am very careful about the things I do. I try not to get involved in controversial things.

I am a very nice person. I see my fans as sisters and brothers. I get along easily with people. I am very warm and welcoming. I have no air on me.

Being popular has its perks, especially now that we are in the age of social media. If you start a business, you will definitely have customers because you are popular and you have a platform.

What I don’t like about fame is the fact that people are still interested in his life. Fame has a way of controlling people’s lives. You’re supposed to look a certain way, live a certain way, and drive a certain type of car. For this reason, some celebrities strive to meet people’s expectations. A lot of popular people aren’t rich because whatever money they make, they end up using it to buy expensive things.

That would be the movie, Jump and passby Uduak Isong.

The unique thing about me is the fact that I am very hardworking and straightforward. I’m also a ‘woman of God’ but a lot of people don’t believe that. I love God so much, and I think that’s something unique about me. I’m very smart too, although it seems like a lot of people don’t know that.

Besides acting, I love makeup. If I hadn’t done fashion and food, I would have become a makeup artist. It’s something I will do again anyway.

I rarely go out. I am a homebody. I like staying at home, surfing the Internet, watching TV, eating and gisting.

I like to dress modestly but because of my curves, my body usually exaggerates what I wear. I like to dress simply and conservatively. Forget (what I post on) Instagram, I’m a conservative person. I prefer loose clothes to tight clothes.