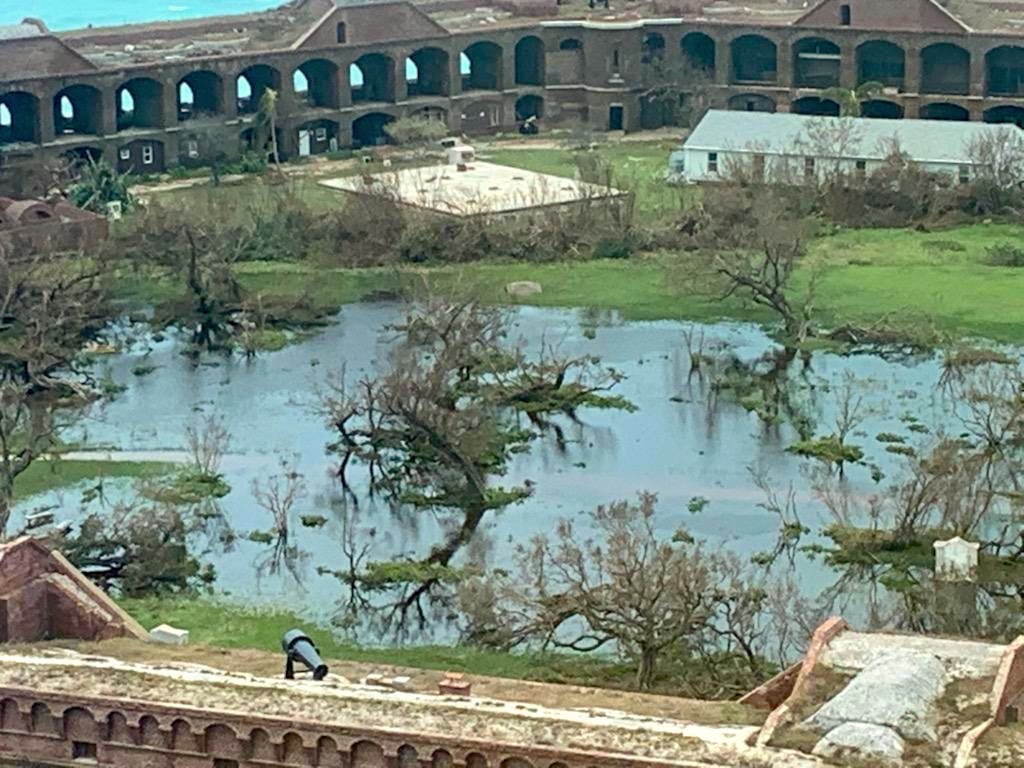 Dry Tortugas State Park was directly impacted by Hurricane Ian on September 27 as it passed about 70 miles from Key West, where the park includes historic Civil War-era Fort Jefferson, a lighthouse, parade grounds around the fort, beaches and generally crystal clear water for offshore fishing and snorkeling from the beach.

Calling the damage significant, but not catastrophic, park officials on Oct. 10 reopened parts of the park to visitors and the ferry that brings them.

“The park welcomed visitors arriving by ferry this morning for the first time since September 25,” the National Park Service said on its Facebook page on October 10. “Park staff and the Incident Management Team are working hard to reopen the Fort Jefferson interior and campground as soon as possible.

Engineers inspected the storm-damaged dock on Garden Key and felt it was safe to partially reopen, a National Park Service report said.

“Fort Jefferson remains closed beyond the fort entrance and visitor center while emergency stabilization continues, but beaches are open and the waters around the fort are accessible for snorkeling,” says a press release from the park service. “The docks remain closed to private vessels and the park is closed to camping.

“While the marine waters of the park continue to be open, boaters are advised that the Garden Key and Loggerhead remain closed indefinitely to private vessels due to damage to courtesy slips and visitor docks.

“Dry Tortugas National Park closed Sept. 26 ahead of Hurricane Ian, which passed directly over the park on the night of Sept. 27-28 with sustained winds of 120 mph. Garden Key and Fort Jefferson were the first areas of the United States affected by the storm. The National Park Service’s East Incident Management Team is assisting Dry Tortugas State Park staff with storm clearance and urgently assessing damaged infrastructure at the fort,” the park service report read.