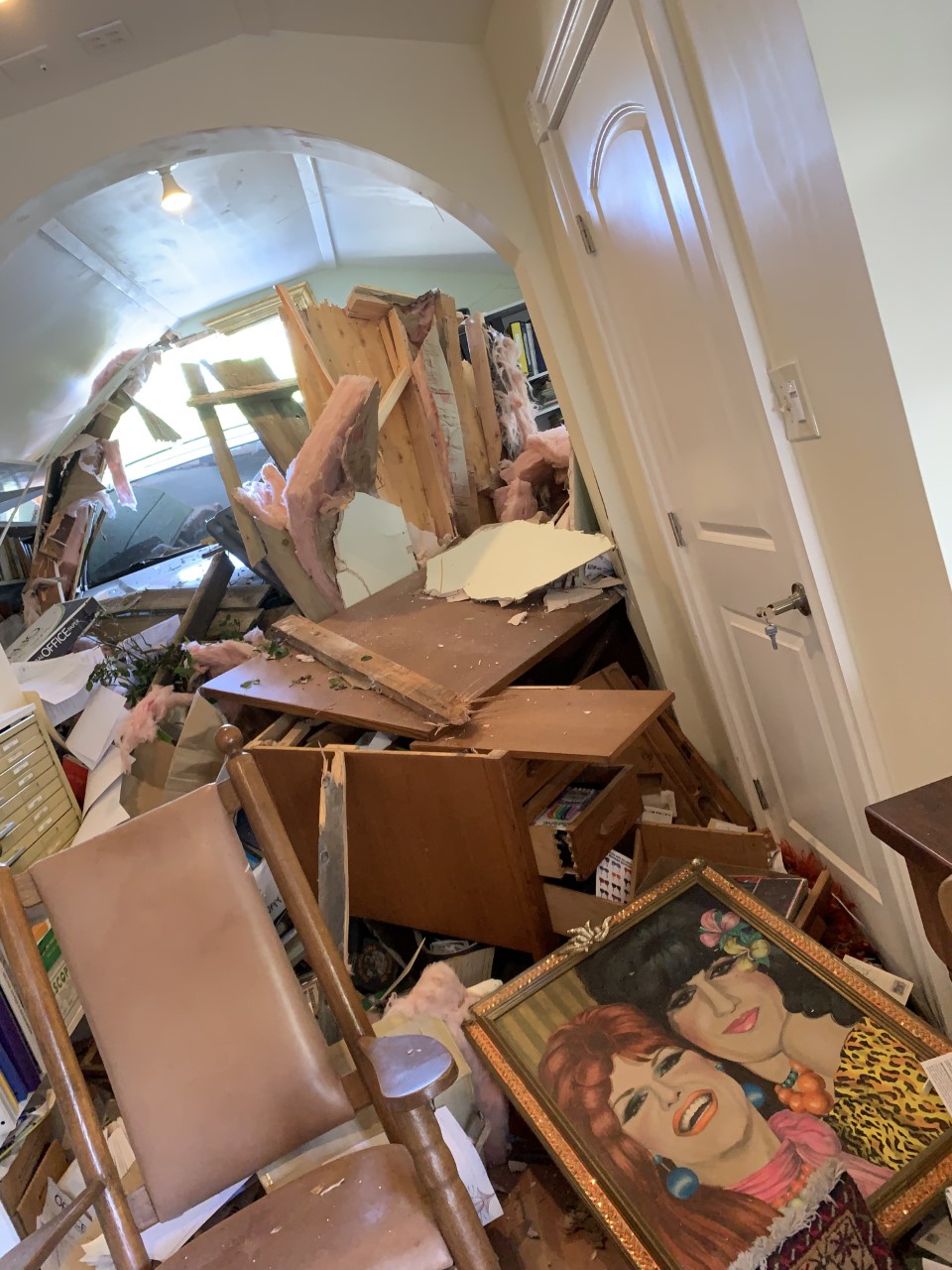 Donations passed through the walls of the Loise Lawrence Transgender Archives building recently.

On International Transgender Visibility Day (March 31), Ms. Bob Davis was on her way to San Francisco when she thought she would stop at the Archives Building on Irwin Street in Vallejo to pick up some pamphlets. Davis quickly forgot the brochures as she instead saw an SUV that had crashed into the back of the building from an alley on Price Street.

“There was a lot of shock and disbelief on my part,” Davis said. “I had to ask myself, ‘Is this real?’ How did you that get there ?

Davis was later informed by neighbors that a person driving the SUV, who appeared to be around 30 years old, lost control of the vehicle and crashed into the back wall of the records building, then ran. Before leaving, a neighbor heard the driver say, “I’m sorry, my brakes are all dead. I’m going to look for my mother. I’ll be right back.”

The driver allegedly never returned, and police reports showed the car’s registration had not been paid for since 2001. It wasn’t until nearly eight hours later, at 1 a.m. the next morning, that the Vallejo Police Department showed up at the site and the car was towed from the building, according to Davis.

No one was injured in the crash and damage was largely limited to the office portion of the records building.

Davis has been collecting objects for the archives for about 40 years and, understandably, she was very concerned that her material had been damaged. Most of the collection was intact, though much of it was in different places around the room, according to Davis. The organization is insured, but all expenses, such as the deductible, are not covered.

The goal of the Louise Lawrence Transgender Archive is to increase understanding of transgender people and encourage new research by making transgender historical records available to students, scholars, and the public.

The archive is named for Northern California transgender pioneer Lawrence, who began living full-time as a woman in 1942, first in Berkeley and then San Francisco. She, along with Virginia Prince and others, published the first incarnation of Transvestia in 1952. Louise’s address book was the initial subscription list and she was instrumental in developing the community connection trans with pioneering sex researchers such as Alfred Kinsey and Harry Benjamin.

“Since then, I’ve been flipping through boxes of books and newspaper clippings,” Davis said. “There are a lot of historical bulletins and photographs. A workbook that I still can’t open because it’s blocked. »

A painting of Doris Fish was thrown across the room when the SUV slammed into the building.

To replenish the archives and continue the programs, the annual Louise Lawrence Second Anniversary Fundraiser was announced with a goal of $10,000. So far, $6,400 has been raised.

The LEF/California Foundation in Calistoga kicked off the fundraiser by offering to match the first $3,000. Research Archivist at the GLBT Historical Society, Isaac Fellman, is organizing a team of archivists to come to LLTA for a cleanup and remediation day on Thursday.

“The support we’ve received so far has been so gratifying,” Davis said. “I have a very large collection which is very valuable to the community. There has been a lot of promotional stuff from many people. Thirty-six hours after the SUV entered the building, a man walked over. showed up with plywood and two-by-fours and fixed the hole in the building so I’m so happy with everyone who has helped so far.

To donate to this cause or simply learn more about the archives, visit https://www.glbhistory.org/louise-lawrence.