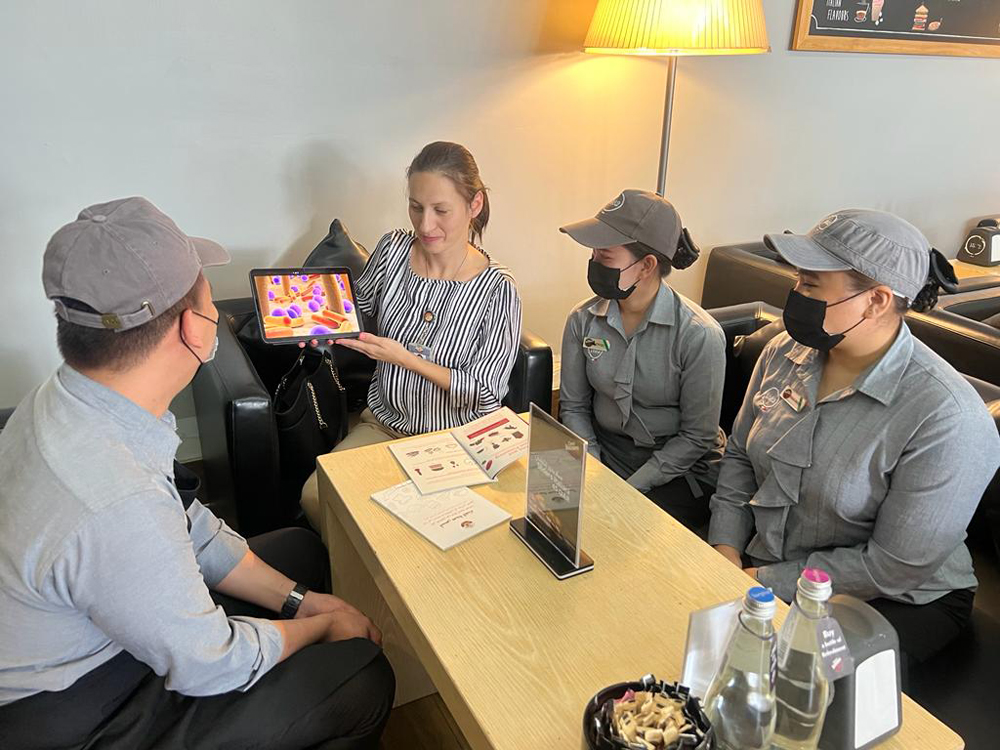 A Doha Municipality official explaining to workers the standard specifications for food safety during the campaign.

Doha: The Municipality of Doha has implemented awareness campaigns for workers in food establishments within its administrative borders.

The campaigns were organized to give instructions, present the health requirements to be respected, according to standardized specifications, and show the methods of conservation, preparation and circulation of foodstuffs.

An introductory explanation was given to the workers about food poisoning, its symptoms, its causes, ways to reduce it, the risks to which food is exposed, how contaminants are transmitted to food and the factors that promote growth bacteria.

Establishments also received brochures on the basics of food health and safety and screenings of documentary films covering common mistakes and how to avoid them, in order to raise awareness of food safety and provide safe and healthy food.

These campaigns are part of the orientations and acuity of Mansour Ajran Al Buainain, Director of the Municipality of Doha, vis-à-vis the need to activate the awareness role in addition to the supervisory role played by the municipality, represented by the Department of Sanitary Control within the Municipality. Control department.