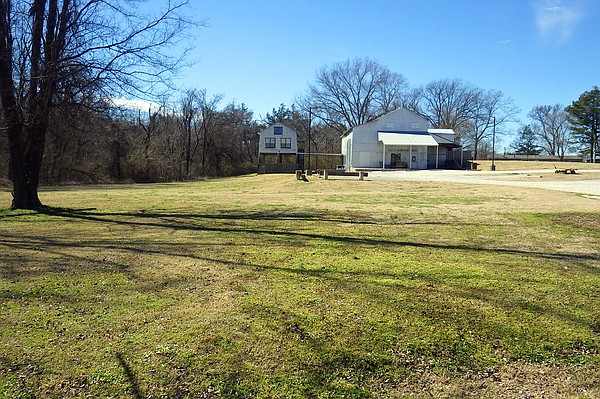 Outdoor writer and photographer Corbet Deary is a regular feature on The Sentinel-Record. Today, Deary takes readers on a journey to Delta Heritage Trail State Park.

There was a time when the lonely whistle and roar of a locomotive was expected in Phillips, Arkansas and Desha counties as the Union Pacific Railroad weaved its way through this particular section of the state.

But this route was no different than miles of other rails winding through eastern Arkansas in that with the advent of interstates, many were not as efficient a means of moving goods in both ways as was the trucking industry.

In turn, part of the railroad tracks were eventually abandoned, leaving desolate miles of unused streetcars, deeming the strips of land pretty much useless.

However, routes that once welcomed train travel have finally been recognized as the ideal medium for an outdoor activity that has grown in popularity in recent years.

In fact, the Union Pacific Railroad contacted the Arkansas Department of Parks and Tourism in 1991 to inform them of the potential abandonment of the aforementioned route.

Under the “Rails to Trails” provision of the National Trails System Act, which is funded by the Department of the Interior, railway companies are required to transfer all rights and responsibilities relating to a rail corridor to a public body for public use.

The new facility would prove to be the perfect medium for outdoor recreation. A plethora of planning and work was ahead. However, everything would be worth it, such as the corridor that would be converted into a usable trail consisting of 887 acres of typical delta environment, including 58 bridges, one of which would eventually span the Arkansas River and another crossing the White River.

Although the expected completion date for the entire trail is several years away, the entire route would be approximately 85 miles. And with each phase, outdoor enthusiasts would have more opportunities to become better acquainted with that particular section of the state and the flora and fauna that inhabit the Delta.

The first section of the trail, which stretches from Helena Junction, near Lexa, to Barton, was opened to the public in 2002. And by 2014, 21 miles of trail had been cleared for use, starting at Helena Junction, accessible from the visitor center. , and extending to Elaine.

There were multiple access points along the way, allowing hikers and cyclists to experience getaways of varying lengths.

Rest benches have been placed along the path, along with designated parking areas and bike racks.

The trail was extended an additional 14.7 miles at the opposite (southern) end in 2010. And with the route added, the trail would eventually extend from Lexa, near West Helena, and end its journey in Arkansas City .

According to information posted on the Delta Heritage Trail State Park brochure, “the right-of-way runs through some of the most remote and scenic areas remaining” in the Arkansas Delta region.

The text continues, “This region was once covered by lowland hardwood forest extending from Cairo, Illinois to the mouth of the Mississippi.”

The brochure goes on to suggest that very little of this forest land remains as the majority of the property has since been used for agricultural purposes. And according to information in the brochure, “The middle section of the Delta Heritage Trail passes through some of the finest examples of remaining rainforest.”

I experienced a ride along the aforementioned 21 mile route which has been developed and is open to the public, and the excursion was certainly enjoyable.

The whole course was flat and straight. In fact, you could see ahead of them for what seemed like an eternity, which is a far cry from what those riding the hilly terrain right here in our backyard might be used to seeing.

I guess many would share my preconception that the ride would be super easy, as there are no hills to climb. However, it didn’t take long to realize that the flat terrain posed its fair share of challenges.

First and foremost, I hadn’t taken into account that although the hills can be physically challenging, there is the option to stop pedaling and coast during their descents.

Well, there is no possibility of riding on flat ground covered with a breakout surface. Simply put, stop pedaling and the forward motion will quickly decrease to the point that the bike will come to a stop. That being said, it was a regular grind.

I didn’t take the wind into account either. That’s right; the wind is relentless with no hills and little wood to serve as a break. And in turn, we often found ourselves riding in a headwind.

I also learned that it’s much easier for me to ride when benchmarks can be used as short-term goals. There were no hills or curves to use as reference points. In turn, it was somewhat monotonous.

Do not mistake yourself. I am not complaining. Nor did I regret having embarked on the ride. Just thought it might be useful to share a little insight with those who might be considering experiencing a road trip.

In fact, I am planning another excursion along the designated path. And I’m very happy that they also worked on the southern ends of the road.

In fact, I’m more likely to gravitate to the southernmost access point in Arkansas City and head north. This particular route will make its way 14.4 miles to an access point in Rohwer.

After taking a break, the plan is to end the day with an 11.4 mile drive to Watson where the developed trail ends. Of course, I also plan to return when the rest of the phases are complete, as the unfinished sections will span the White and Arkansas rivers and skirt Snow Lake.

Yes, the Delta Heritage Trail is a great destination for those who love hiking and for those who love biking. Although a work in progress, the groomed trail continues to grow. And I look forward to riding the entire route in the future.

To get to the Delta Heritage Trail State Park Visitor Center from Hot Springs, take Highway 70 east 17 miles and merge onto Interstate 30 toward Little Rock.

Those embarking on a ride along the Delta Heritage Trail will use an abandoned streetcar that once served as a rail freight route. – Photo by Corbet Deary from The Sentinel-Record