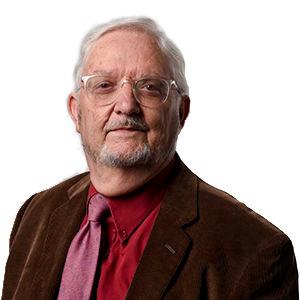 The recent tornado outbreak in Kentucky and other states took me years back to when I graduated from college and was looking for a job.

With a graduate degree in philosophy, what do you do other than roam the streets looking for an honest person? Wanting to eat, I took a different path, teaching in the evenings at a community college and working as an editor and reporter for a local newspaper.

I got the job only because the newspaper editor graduated from the same university I attended. He told me he would give me a desk essay, where they would “take Academic English out of my system” and teach me to write simply and clearly.

It was like a training camp for writers. The editor was my drill sergeant who dumped me with fancy adjectives and long sentences. It took me a few months to get rid of the footnotes and swear words.

I worked in this local newspaper and another for five years. I then took postgraduate courses in international journalism, hoping to become a foreign correspondent in Spain. But General Franco, Spain’s authoritarian leader, had other ideas and did not want to have independent journalists in his country, even though I would only be an intern. Budding dictators never like news they can’t control.

I often wish I could have gone to Spain, a chance to use my master’s thesis on two great Spanish philosophers, Miguel de Unamuno and Ortega y Gasset. If I had to be a philosopher, what better place to use it than as a writer in the Basque Country?

Regardless, whatever I did to pay the mortgage and eat, I have always been a writer at heart, continuing as a columnist for a number of newspapers and publishing a lot of magazine articles and fewer books. .

As a new reporter, I was called along with another as one of the few people to arrive at the scene of a tornado that hit a small town outside of Oberlin, Ohio. It was one of 37 tornadoes that killed more than 250 people in Ohio, Michigan and Indiana on Palm Sunday 1965.

When my partner and I arrived at the scene with the first responders, all I remember was the utter silence, the wind still blowing paper across town, some of which were drafts of a teacher’s poetry. English from the neighboring college. I could hear the cries of a baby and a mother buried under the rubble of their house as workers tried to free them. All the buildings in this city were razed, including the two churches. Nine people died.

According to The Washington Post, about 2,200 local print newspapers have closed since 2005, and the number of journalists fell by more than half between 2008 and 2020. This is not good news for the thousands of communities where information on events and public and private issues is the lifeblood of the people.

Call me a dinosaur, but I believe local newspapers are the key to our democracy. Sure, they do publish editions online, but I still maintain that there is something magical about picking up a newspaper outside your door and sitting down to read it.

Like many readers, I often turn to the sports page first, a habit I learned growing up in Philadelphia, and then the obituaries. Ben Franklin’s words on it help me start the day with a chuckle: “I get up every morning at 9 am and pick up the morning paper. Then I look at the obituary page. If my name is not there, I stand up.

I write columns to support local newspapers. My writings are put on the editorial pages because they express points of view, not necessarily objective information. I volunteer my time and energy because I believe in the vital importance of local newspapers to our democracy.

If all politics are local, so is the information necessary for the functioning of democracies.

John C. Morgan began as a newspaper editor many years ago, receiving a number of Ohio Newspaper Association awards for his reporting and columns. His weekly columns appear in this journal.