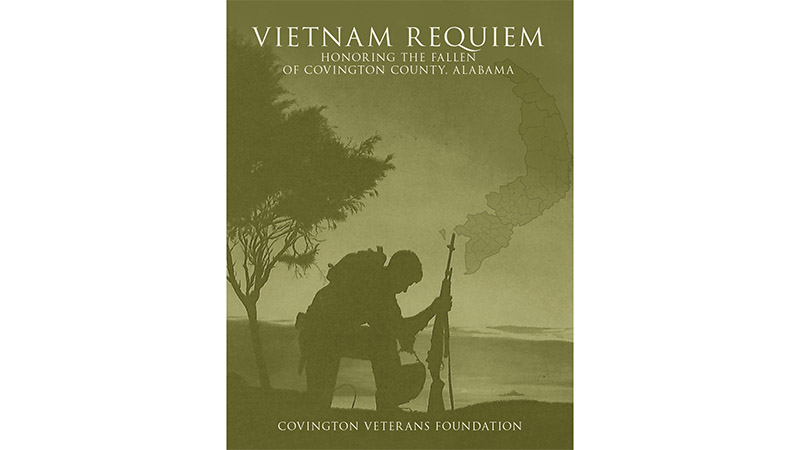 The Saturday July 23 print edition of The Andalusia Star-News includes a magazine developed by the Covington Veterans Foundation to coincide with the arrival next week of the traveling Vietnam Memorial Wall.

The Covington Veterans Foundation hosts the traveling Vietnam Memorial Wall in partnership with the City of Andalucia and with the support of many local sponsors. Work on this project has been underway for months.

The traveling Vietnam Memorial Wall will arrive on Wednesday, July 27 and will be escorted into town at 10:30 a.m. by state and local law enforcement officials, as well as a number of veterans. The finish will be from the Covington County Athletics facility on the highway. 55 South. That afternoon, the wall will be erected behind the Covington Veterans Memorial.

On Thursday, Friends of Army Aviation will display a UH-1H “Huey” helicopter between Andalucia City Hall and Springdale on Thursday, 10 a.m. to 3 p.m. The group will offer rides from Packer Field from 10 a.m. to 5 p.m. Friday and Saturday.

At 5:15 p.m. Thursday, a ceremonial opening is scheduled for the Covington Veterans Memorial. That evening, a special edition of the Andalusian Chamber’s July Jamz is scheduled for the Springdale lawn. The Three Notch Ramblers will open the night at 6 p.m. with songs from the Vietnam era, followed by Lee Greenwood, whose appearance is sponsored by CCB Community Bank. Free entry.

The traveling Vietnam Memorial Wall will remain open until the closing ceremony at 5 p.m. on Sunday, July 31.

Other special events include a missing man ceremony inside the City Hall auditorium at 2 p.m. on Saturday, July 30. Vietnam Veterans of America Chapter 607 in Montgomery will conduct the ceremony. Jessie Donaldson, originally from Opp, is the president of this group.

At 2:30 p.m. on Sunday, July 31, the Covington Veterans Foundation will host Command Sgt. Maj. (Retired) Jimmie W. Spencer, who will give a presentation on the war. It will also be in the auditorium of the town hall.

The Foundation and the City are required to provide 24-hour security, as well as volunteers in the 24-hour location tent. Anyone wishing to volunteer who is not yet registered can call Michele Gerlach at 334.488 .5317 or 334.428.1143.