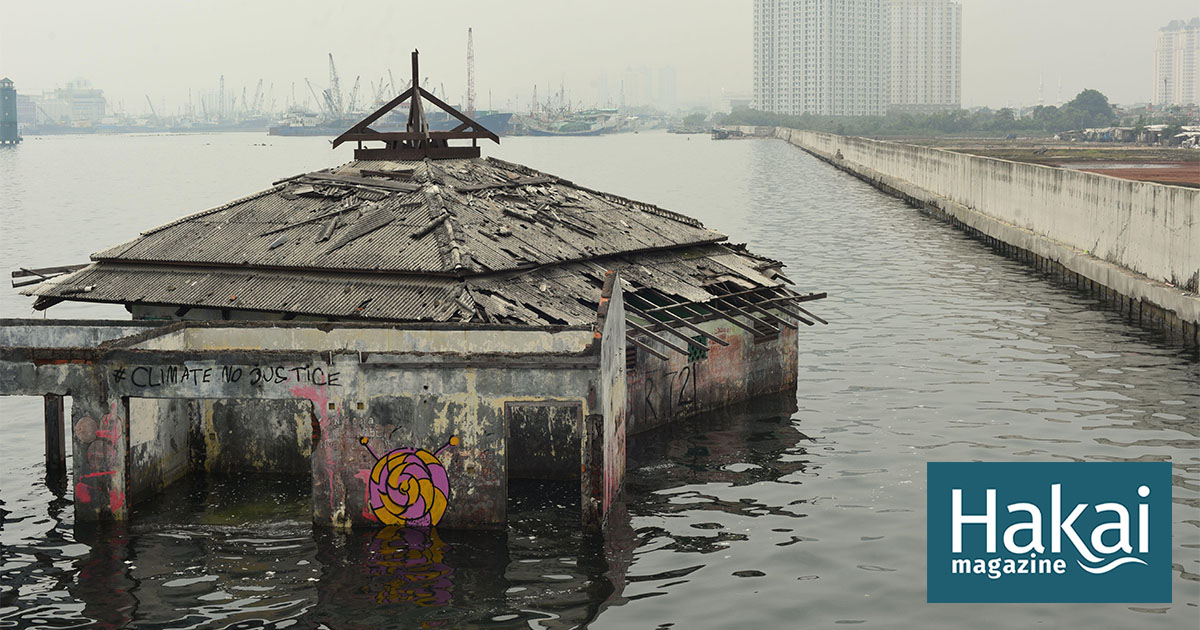 Over the next few years, Indonesia start moving his capital from one island, Java, to another, Kalimantan, the Indonesian part of Borneo. There are several reasons for this decision, but one of the most important is that the country’s current capital, Jakarta, is sinking at an alarming rate. In the middle of this century, a third of the city will be under water.

It would be easy to confuse Jakarta’s impending demise with the work of raising sea levels. Yet the city’s decline is actually due to another force: land subsidence caused by water extraction. underground.

Sea level rise projections have put a countdown on several coastal cities. But a new study shows that the combination of coastal subsidence and sea level rise acts as a welcome mat for water. Using satellite data, researchers measured subsidence rates in 99 coastal cities around the world. They found that most are sinking faster than sea level is rising. In many cities, such as Manila in the Philippines, Tampa in Florida and Alexandria in Egypt, this means coastal flooding will become a problem much sooner than predicted by sea level rise models alone.

The most affected cities are all in Asia. These cities, including Chattogram in Bangladesh, Semarang in Indonesia, and Ho Chi Minh City in Vietnam, have areas with subsidence rates of more than 20 millimeters per year, which is 10 times higher than the average rise global sea level of two millimeters per year. . In a third of the 99 cities studied, however, at least one part of the city is sinking by 10 millimeters or more per year.

“Many cities are predicting sea level rise, but they are unaware of the cumulative effect of coastal subsidence,” says Meng (Matt) Wei, an oceanographer at the University of Rhode Island and one of the authors of the study. For example, he saw no reports of subsidence in Barcelona, ​​Spain, but found that the airport, port and a residential area are all sinking faster than the sea is rising.

To see where subsidence is most likely to cause impending coastal flooding, particularly from storm surges, the researchers focused on areas that are sinking quickly and are also low. They found four towns with more than 1,000 square kilometers of land below 10 meters above sea level that is rapidly sinking. These four subsidence hotspots – Shanghai and Tianjin in China, Hanoi in Vietnam and Bangkok in Thailand – are all in Asia, but they also found 18 other cities around the world with between 100 and 1,000 square kilometers of subsidence. fast and weak. elevation area.

There is hope, however. About 60 years ago, parts of California were sinking rapidly, but this subsidence has been largely reduced through changes in groundwater management. And even Jakarta’s subsidence has been drastically reduced over the past 20 years, from 280 millimeters per year to 35, although that’s still not enough to save the city.

“In Tokyo, they had huge problems with subsidence, but they basically changed their complete water extraction for the city and the subsidence stopped,” says level change expert Roderik van de Wal. of the sea at the University of Utrecht in the Netherlands who was not involved in the research. He says that although subsidence is an urgent problem, local measures can be effective, unlike sea level rise, which requires global action against climate change.