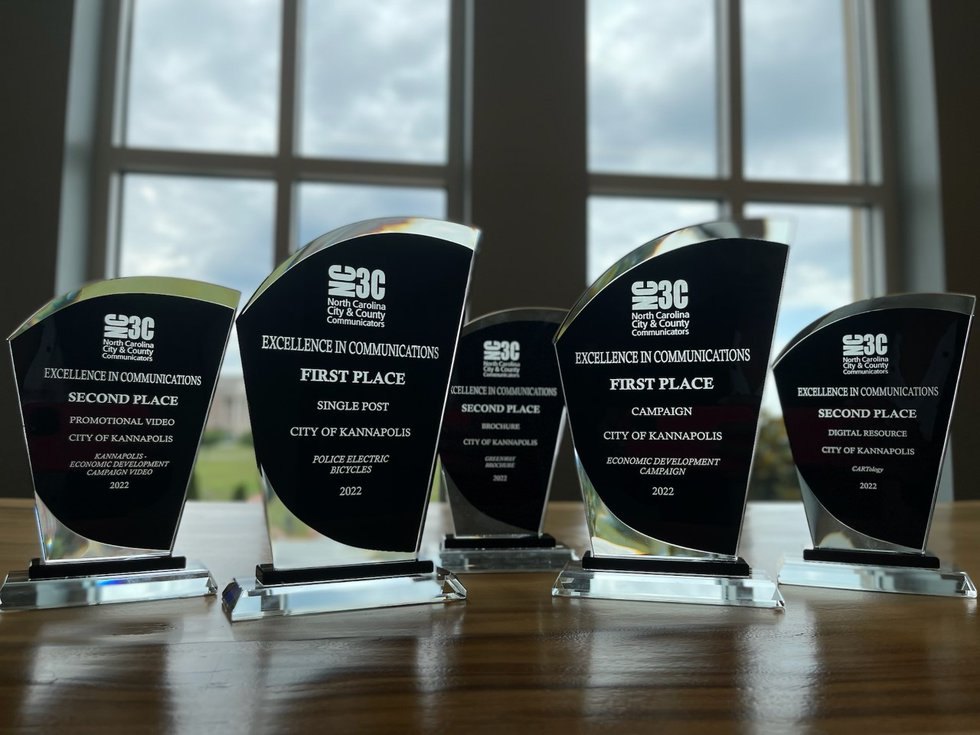 KANNAPOLIS, NC (WBTV) – The city of Kannapolis was among 29 North Carolina governments to be recognized as part of the North Carolina City & County Communicators (NC3C) 2022 Excellence in Communications Awards. Kannapolis won a total of five awards in the social media, print and digital technology categories. This is the 7th consecutive year that the city’s communications staff have won state honors.

The awards were announced at the 2022 NC3C Annual Conference in Greenville, North Carolina. The 111 nominations for the awards program were judged by professional communications peers from the Minnesota Association of Government Communicators. The works are judged, regardless of the size of the municipality, and classified according to a strict scale of quality and documentation of realization.

“The Communications Excellence Awards are my favorite part of our annual conference, right after seeing all my friends and colleagues from across the state,” said outgoing NC3C President Joshua Harris, of the City of Lenoir, in North Carolina. “This is when our members really shine for creating content that has reached the top, which is not such an easy feat in our state full of amazing local government communicators.”

A promotional video featuring the Gordon Food Company won second place. The video was also used as part of the Economic Development Campaign’s social media campaign. The video featured senior company executives touting why they find Kannapolis a great place to do business.

Kannapolis also took first place in the top social media posts category with a post featuring police officers and the launch of their new e-bike program. The City placed second in the print category for a new brochure on the City’s greenway network and Loop the Loop program.

Kannapolis, along with Cabarrus County and the City of Concord, won second place in the digital technology category for the CARTology app. The CARTology app was launched to help residents with any questions or information they need regarding their trash, recycling, bulky waste or yard waste collection. Thousands of people use the free app and it has reduced the number of calls to the various municipal call centers.