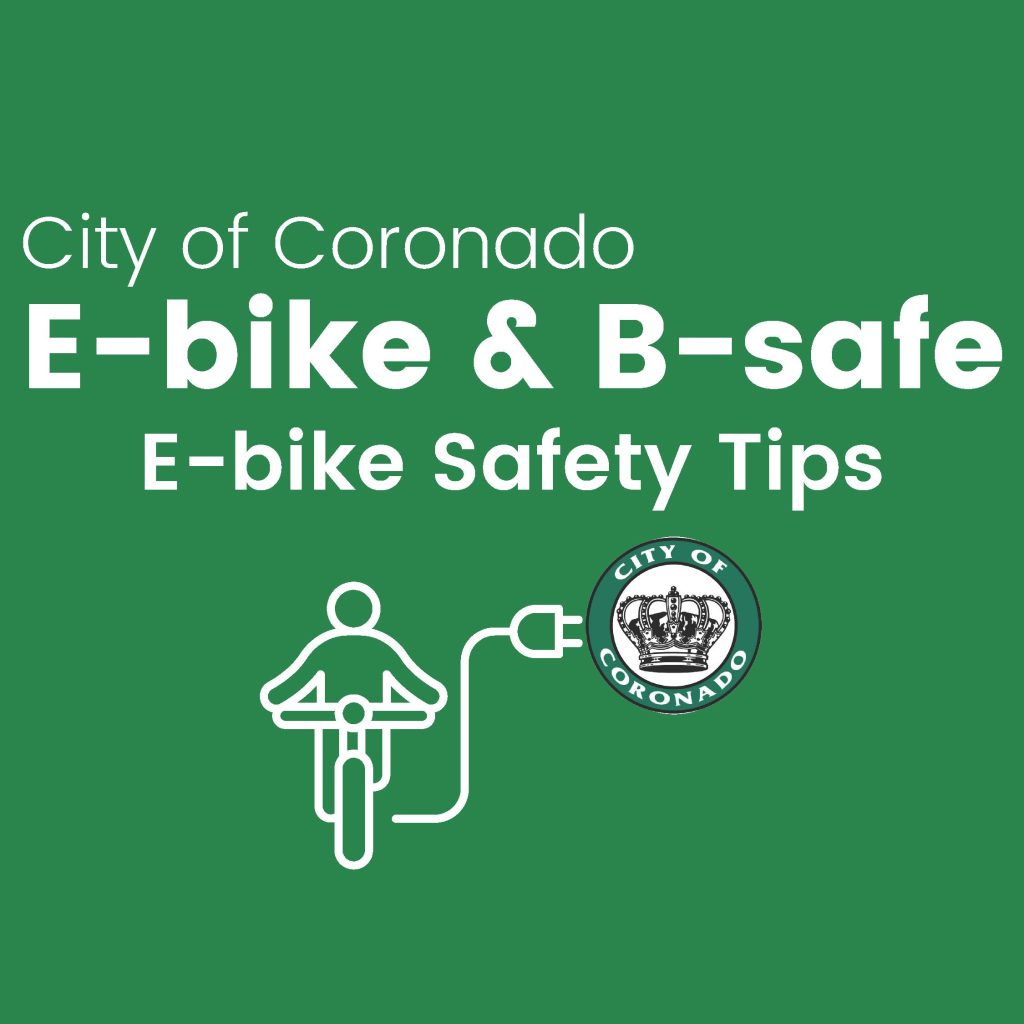 Brochures and flyers on e-bike safety are distributed to local schools, bike rental establishments and hotels, as well as city facilities around Coronado. The goal of the City’s new e-bike safety campaign is to educate the community about safety, preparedness and accident prevention.

The city’s police department recently announced that it will host a bike rodeo on december 10 which will focus on general bike safety as well as e-bikes. The “E-bike & B-safe Coronado!” is an ongoing initiative that will target all e-bike users, including young people.

The campaign includes safety advice materials, a list of frequently asked questions and a handy fold-out Rules of the Road brochure in English and Spanish. It also includes videos on e-bike safety, a planned bike rodeo, as well as a review of current City regulations.

As part of the city’s efforts, an internal ad hoc committee was recently formed to take a closer look at the growing use of e-bikes in Coronado. The committee is led by the city manager’s office with representatives from various city departments, including public safety. The committee will also incorporate feedback from the community and the city’s Mobility Commission. The goal of these efforts is to analyze e-bike usage in order to develop ongoing ways to engage and educate the public about the safe use of e-bikes. The City will review current regulations and possibly infrastructure to address what has become a growing concern in Coronado. The City has heard concerns about riders on e-bikes without helmets, distracted by cellphones and not stopping at red lights and stop signs. The City will work with our local schools, Navy, hotels and bike rental shops to share knowledge and best practices.

“Our goal with this campaign and committee is to analyze the use of e-bikes in order to develop ongoing ways to engage and educate the public about the safe use of e-bikes,” said the deputy director of the city, Tony Winney. “We plan to review current regulations and eventually infrastructure as they relate to e-bikes to address what has become a growing concern in Coronado.”

The city’s police department has scheduled a bike rodeo, similar to the three held in the spring, in November. A date is being determined. Police Department personnel will host the Fall Bike Rodeo near the Police Department facility and will focus on: 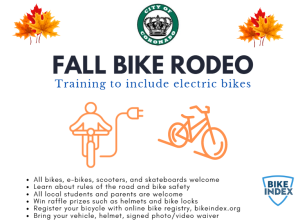 The City will have promotional materials available at various City facilities as well as at local schools, bike rental stores and through various civic organizations. To find out more about the E-bike & B-safe Coronado! campaign, visit CommentCoronado.org.