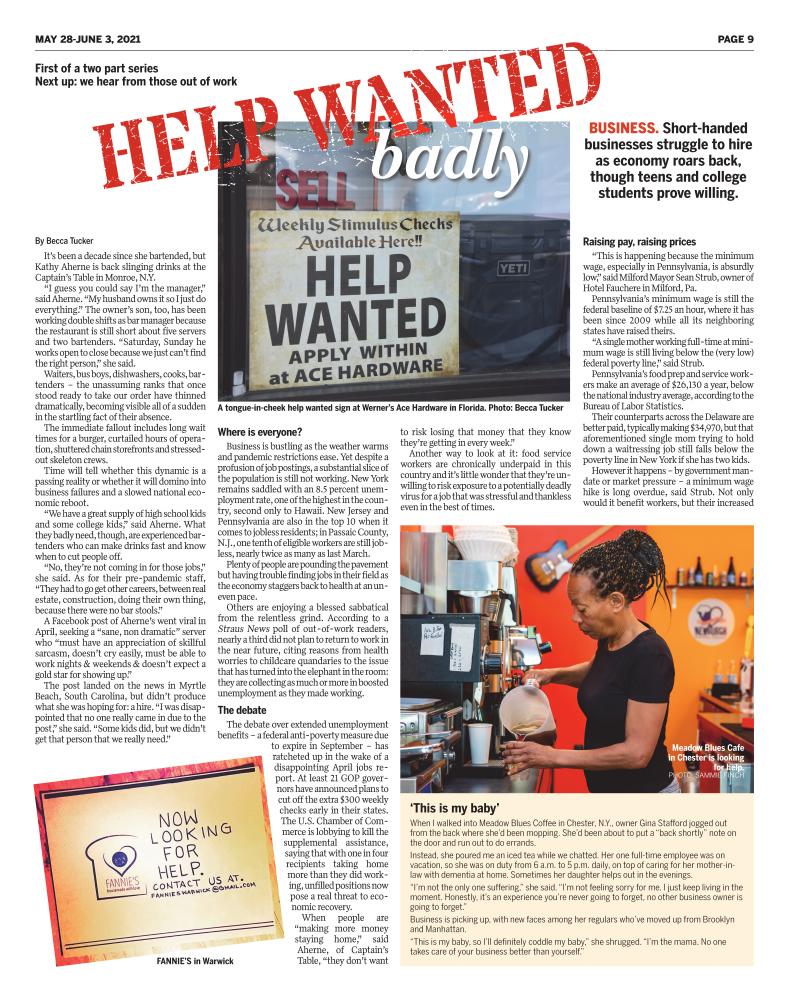 Each year, newspapers across the country submit their best work to the National Newspaper Association’s Best Newspaper Competition. This week, the winners were announced for the 2022 competition: The Chronicle won 13 awards.

Nine wins were for The Chronicle articles and reports, and four recognized the newspaper’s advertising and design.

His work after the legalization of marijuana and his impact on our community has also earned him national recognition. “Do we want a bud shop in our town?” an article examining the views of local municipalities on recreational marijuana, received first place for best reporting on local government. Tucker’s article on how to talk to kids about marijuana, titled “Mom, What’s Jedi Kush?” took third place for Best Education Story.

Resident of Goshen and the Chronicle “Losing My Marbles in a Pandemic” by writer Beth Quinn won first place for best comedy column.

The Chronicle COVID-19 vaccine coverage took second place for the Communication in Crisis series, including “Reporter Molly Colgan’s Tristate area looks like the ‘Wild West’ trying to get a COVID-19 vaccine” , The Chronicle guide to getting a vaccine in the event of a shortage, and Colgan’s article looking at the faulty vaccine rollout in Sussex County.

Advertisements and graphic designs by The Chronicle Christina Scotti also won top prizes in the national competition. His ad for Mohawk House took third place for best restaurant ad, and his infographic depicting the rising cost of living earned an honorable mention for best infographic.