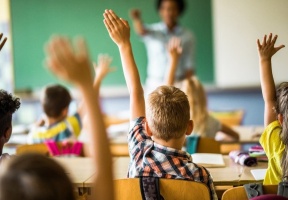 Frustrated by the Chicago Board of Education’s continued refusal to audit and revise its sweeping regime of COVID-19 mitigation measures in Chicago public schools, local parents have joined the national movement calling for a full return to the normal. Meanwhile, the Board of Education is set to authorize up to $100 million for unspecified spending under “contingency operations plans” related to COVID-19. Chicago parents from the Stay-in-School Coalition have joined an international group of pediatric, infectious disease, emergency, mental health and critical care scientists and physicians in signing an open letter to the White House and at the CDC.

The letter points out that the CDC’s COVID-19 guidelines for children do more harm than good and continue to significantly disrupt the education of working children and parents, while providing no demonstrable public health benefit by limiting the propagation. Currently, almost all American adults and children are protected either by vaccination or by acquired immunity against infections, and the United States is experiencing much lower hospitalization and death rates than previous outbreaks. CDC policies have serious unintended consequences, such as school closures, increased school absences, requiring parents to take time off work, and testing costs and times. .

Chicago’s public school system is virtually alone nationally in continuing to use punitive quarantines for unvaccinated children identified as “close contacts” of a COVID-19 case – a protocol long abandoned by other major urban districts in the United States. Under CPS policy, tens of thousands of healthy children were expelled from school in the past school year. Members of the Stay-in-School Coalition suspect the disruptive measures are a big factor in the continued decline in enrollment in the city’s public school system, as parents seek alternatives in private, parochial schools. and suburban.

Meanwhile, despite five consecutive months of public testimonies from parents calling for an end to these measures, and despite the absence of any scientific evidence that CPS protocols have made any difference in the spread or severity of COVID-19 in Chicago, the Board of Education will vote on Wednesday to reauthorize a broad range of “contingency operations plans,” allowing CPS CEO Pedro Martinez to spend up to $100 million on an unspecified set of supplies, contracts, products, services and personnel without the need for Board approval.