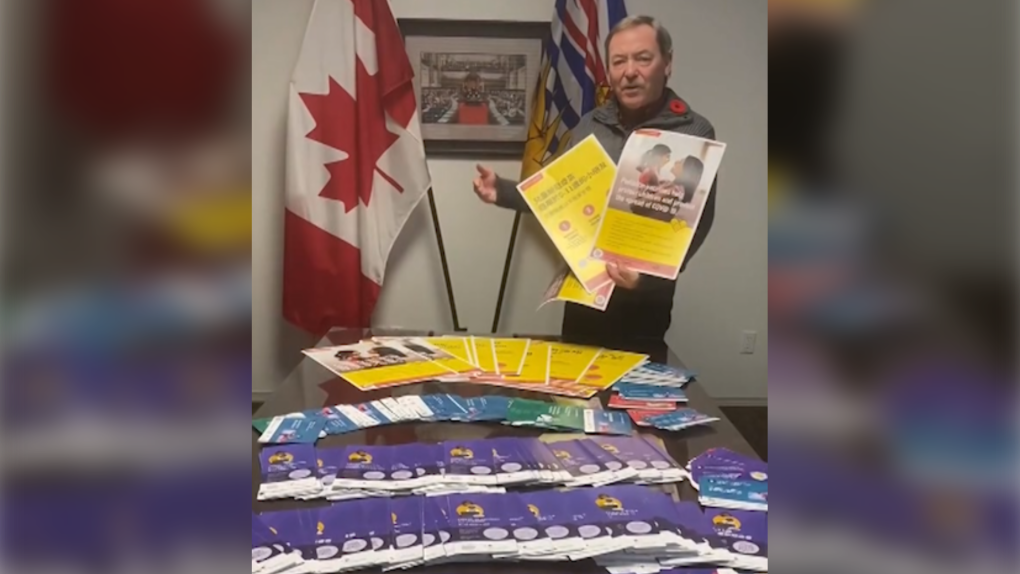 Hours after the country’s top health officials warned of a rise in power With influenza, RSV and other viruses sending children to hospital in droves, a Liberal MP has questioned the value of BC Center for Disease Control pamphlets with vaccine information.

On Thursday morning, Dr Theresa Tam told reporters that pediatric hospitals in particular are seeing an increase in patient numbers and that overall their “surveillance indicators point to the need for increased precautions as SARS-CoV -2, influenza and other seasonal respiratory viruses could continue to co-circulate in the coming weeks.

As she urged parents to vaccinate their children to avoid serious illnesses and overwhelmed hospitals that are already struggling, Tam also revealed that federal health officials were importing ibuprofen from the United States and the United States. acetaminophen from Australia facing critical shortages of pediatric drugs.

Around noon Pacific time, the MP for Kelowna West tweeted a video of him standing behind a conference table with dozens of flyers and brochures he said were sent to his office by the BCCDC.

“I wonder what value this material has in communications,” Ben Stewart said as he held up two posters.

“We reached out to settlement services, the school district, and different ethnic groups here in Kelowna and West Kelowna and found there was very little interest in it.”

He went on to ask, “What do you think about using your tax dollars on this type of printed material and the fact that most of it may end up in recycling?”

He deleted the tweet about half an hour later.

A family doctor who was tapped by the province to help communicate to nervous parents about the effectiveness and low risk of vaccines was “absolutely horrified” when she saw Stewart’s comments.

“It’s really a slap in the face as a parent and as a doctor,” said Dr. Anna Wolak from her practice in Vancouver, where she sees an increase in the number of young patients with respiratory symptoms.

“Vaccines are not available for RSV or enteroviruses, but for COVID-19 and influenza, these are vaccine-preventable diseases and we should step up our game and get vaccines in the arms.”

Health officials across the country have struggled to increase pediatric vaccination rates, with several campaigns underway to explain the benefits of vaccination, including reducing the risk of severe symptoms.

“Right now is a critical time for children’s hospitals,” Tam said, encouraging parents to speak with their pediatricians, and everyone else to consider masking up in crowded indoor spaces as more and more people get sick.

“It’s not perfect like all the other layers, but if (masks are) added to the other layers of protection, including vaccination, it could actually make a difference in terms of cushion the thrust so that hospitals can cope a little better.