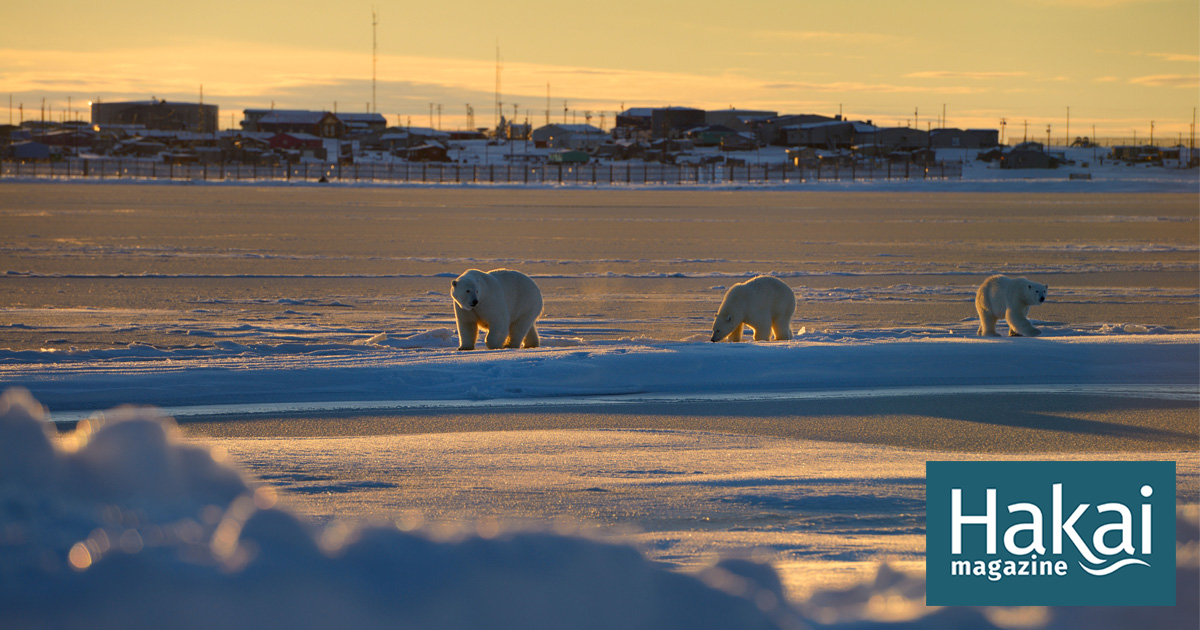 Every time Alyssa Bohart heard a voice from her computer repeatedly ringing –status alert, status alert– the search was ongoing. The warnings came from a radar device installed in Churchill, Manitoba, a modified military system programmed with artificial intelligence (AI) and trained to detect polar bears. Bohart’s job was to remotely operate a camera and visually confirm that the AI ​​was making the right call.

For the past four years, the nonprofit organization Polar Bears International (PBI) has been conducting radar, or “bear-dar,” testing to hopefully help northern communities stay safe. Polar bears are powerful predators, and for Arctic dwellers, an essential part of coexisting with bears is maintaining a respectful distance. But with climate change reducing sea ice, polar bears are spending more time on land. The risks of interaction between polar bears and humans are increasing, which can have devastating consequences for both parties.

“We would just like to help manage these human interactions and make sure there are more non-lethal options,” says PBI scientist Alysa McCall.

The project was started when PBI was looking for new ways to prevent human-polar bear conflict. A chance encounter with SpotterRF, a company that makes military radar, gave them an idea. Instead of detecting approaching drones or vehicles, they might be able to exploit the radar system to detect polar bears heading towards cities and send an early warning.

In their initial tests, the researchers found that “the technology works very well,” says Geoff York, senior director of conservation at PBI. “If anything, it detects too much.” Although the tundra may seem barren to strangers, the radar reported thousands of motion alerts. So in 2020, the team turned to AI to try and narrow the results.

“By incorporating this AI, we’re really teaching this radar to learn what a polar bear is,” McCall says. “He learns to ward off humans and dogs, quads and caribou, and only alert us when there’s a polar bear.”

Last fall, with Bohart’s help, the team positively identified 28 polar bears and received 89 alerts that did not turn out to be bears. McCall says their goal is to have more positive IDs than negative ones, but they also want to err on the side of caution with the calls the AI ​​makes. In rare cases, the team has noticed polar bears, either on camera or in person, that the bear-dar has not identified. In these cases, the two most confusing variables for the bear-dar were variations in the size of the bears and the direction in which the bears walked relative to the radar. “We are not there yet. But the results are promising enough that we know where to go with AI,” McCall says.

Douglas Clark, a polar bear-human conflict expert at the University of Saskatchewan who has lived and worked with polar bears in Churchill and who is not involved in the PBI project, notes that detection devices present challenges. Arctic conditions are tough on technology, he says. “The challenge with detection technology is that you’re asking people to trust it,” he says. “This is not a criticism of the radar app, and this is not a criticism of the efforts. It’s just that it’s an area where the bar is set high.

McCall agrees that the bear-dar would only be one piece of the security puzzle. “Even if we get this perfect, it won’t be the only polar bear safety tool anyone needs,” she says. In Churchill, the bear-dar could supplement the well-trained polar bear alert team that patrols the town and deters intruding bears.

Todd Atwood, a polar bear ecologist with the United States Geological Survey who is also not involved in the Bear-Dar Project, believes that small communities without well-funded programs like the one in Churchill, especially in Alaska, where he lives , could benefit from the aid. of bear-dar. “But could they afford a system like that? Do they have people in the community who can maintain and troubleshoot this system? ” he says.

York believes that with more work, Bear-Dar could be accessible to more communities. “We just have to work with partners and find an economically sustainable system that communities can actually buy and maintain.”

Fortunately, the team may be on the verge of making rapid progress towards this goal. When news of PBI’s progress with Bear-Dar broke, other researchers offered possible alternative devices. One, developed at Brigham Young University in Utah, is a lidar system rather than a radar system that has less range but is cheaper and more portable. This fall, PBI hopes to test this less expensive device and do a trial deployment of the Bear-dar SpotterRF.

With more tools and support, McCall says northern cities could tailor bear-dar early warnings to their needs. “With more warning, you have more options,” McCall says, “and it’s safer for bears and people.”