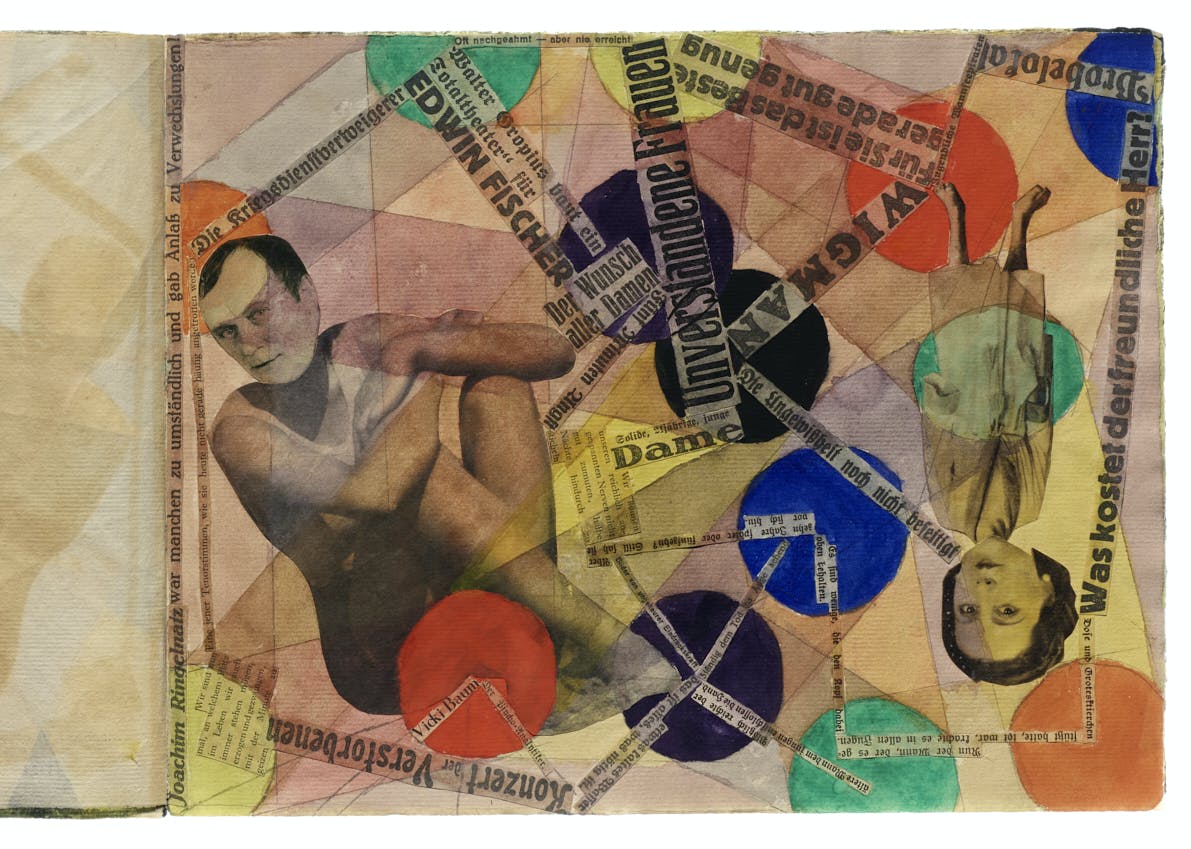 The Bauhaus School’s graphic design legacy has been extensive, informing tastes of Kamekura Yusaku’s iconic 1964 Tokyo Olympics identity, with his condensed sans-serif font; Malcolm Garrett’s 1977 Orgasm Addict design for Buzzcocks, featuring an upside down photomontage image of Linder Sterling and a font that wraps around a sharp corner; and Neville Brody’s art direction for The Face magazine in the early 1980s, reveling in crisp primary colors and geometric shapes.

It’s hard to underestimate the impact the Bauhaus type in particular has had on graphic design today: it spawned now ubiquitous fonts like Futura, beloved by everyone from Barbara Kruger and Wes Anderson to Stanley Kubrick, Ikea and NASA.

German typographer, designer, teacher, and writer Jan Tschichold cited the first Bauhaus exhibition as having directly led him to forge a more experimental way of working with letterforms that was so simple and practical; and he then set out his principles in the founding book Die Neue Typographie (The New Typography). Between 1947 and 1949, he oversaw the production of over 500 Penguin book covers.

To celebrate the impact of Bauhaus typography over the past century, Letterform Archive in San Francisco dedicated the inaugural exhibition of its new custom-designed gallery to an exhibition titled Bauhaus Typography at 100. Until April 27, the The exhibition was curated by Rob Saunders and Henry Cole Smith and features over 150 pieces from the Archives’ permanent collection. Among the Bauhaus artists and designers in the exhibition are László Moholy-Nagy, Herbert Bayer, Joost Schmidt, Paul Klee, Wassily Kandinsky and Johannes Itten.

The exhibition aims to trace the impact of the Bauhaus type from the founding of the school in 1919 to the present day. School graphics were an essential tool for communicating the multidisciplinary and avant-garde values ​​of the Bauhaus through printing via designs characterized by their utilitarian yet experimental aspect: sans-serif fonts, asymmetric layouts, experimental alphabets. and photomontage.

These elements were used throughout the Bauhaus print production, such as educational materials and promotional ephemera like posters and brochures, as well as the school’s self-published magazines and books.

“Today, a little over 100 years after the opening of the Bauhaus in 1919, the visual characteristics of the school – its minimalism and utility, driven by experimentation – have come to define modernity as it appears on the printed page, ”says Letterform Archive.

“But the Bauhaus did not start as a school of graphic design, and its initial forays into the genre point to more nuanced origins… many of the Bauhaus lithographs and typographic prints orient themselves towards expressionism – even mysticism – in their organic approaches to the line and to the letter.

As the exhibit details, typography was not originally taught at the Bauhaus, but was quickly introduced when founder Walter Gropius and his instructors embraced advances in photography and printing and teachers like László Moholy. -Nagy, Herbert Bayer and Joost Schmidt made their stamp on design pedagogy at school.

It was in the workshops that “Bauhaus typography took its distinctive form – its rejection of serifs and capitals, the adoption of experimental alphabets, the insistence on universal clarity, and innovation in layering and hierarchy.” , adds the archive.

While there has been no shortage of Bauhaus celebrations in recent years – especially during its 2019 centenary – we have often seen women designers who have made significant contributions to the movement sadly overlooked. This exhibition seeks to remedy that, by showcasing the work of practitioners, including Friedl Dicker, an Austrian artist and educator who taught Bauhaus workshops in textile design, printmaking, bookbinding, and typography from 1919 to 1923.

According to Saunders, Letterform Archive’s Bauhaus collection and this current exhibition focus “as much on earlier and more expressive work as on the better-known ‘new typography’.”

The exhibition also features works created over the decades since the school closed due to Nazi pressure in 1933, such as a 1956 lithographed envelope by Elaine Lustig-Cohen, as well as her 1960 brochure, On a Hill in Jerusalem for the National Museum of Israel; Mobil corporate identity of Chermayeff & Geismar in 1968; ABC Book 1988 by Takenobu Igarashi and silkscreened poster by Max Bill 1990 for the Montreux Jazz Festival. Some of the more recent works in the exhibition include a 2020 piece by digital designer Zach Lieberman titled love reflect # 2.

In addition to its physical format in San Francisco’s Design District, Bauhaus Typography at 100 is also featured in an online exhibit designed by Jon Sueda and Chris Hamamoto.

Bauhaus Typography at 100 is on display at Letterform Archive in San Francisco until April 27; letterformarchive.org