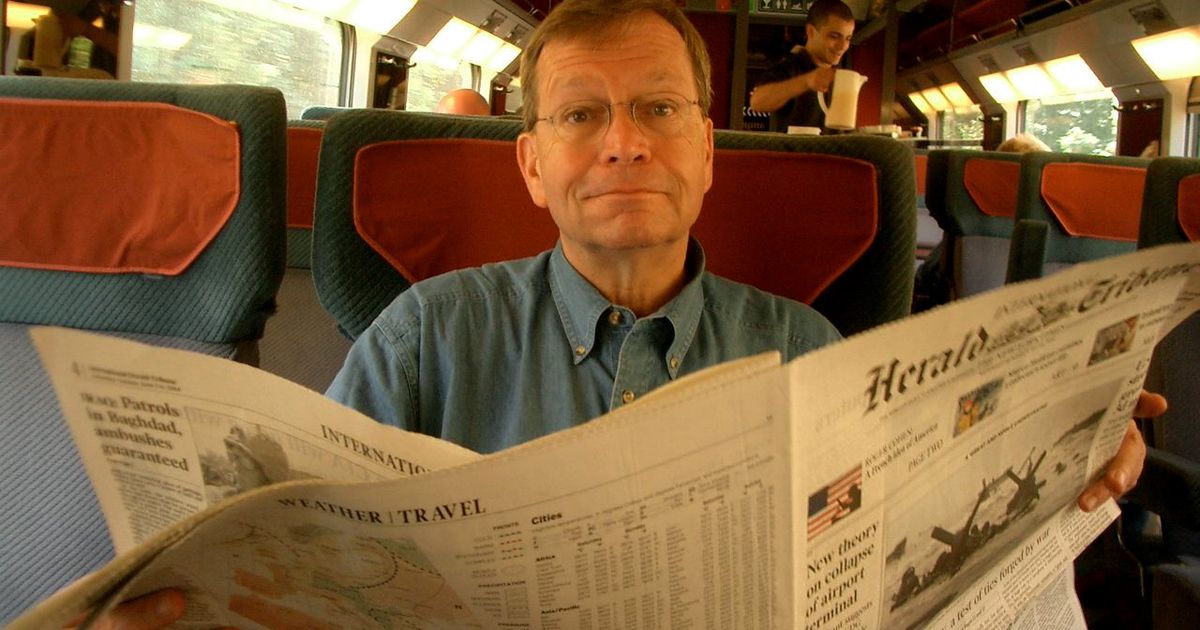 “He was an affable guy and also incredibly prolific,” said Jeff Dickerson, who worked for The Atlanta Journal-Constitution in the 1980s and 1990s and was a “Georgia Gang” panelist.

“He was starting a column at 10:02 a.m. and getting it ready at 10:17 a.m. He was incredibly quick. At one point he was writing three, four columns a week as well as a bunch of unsigned editorials.

Conservative Williams co-hosted a radio show with liberal Tom Houck in the 1980s.

“He was a die-hard Reagan conservative at the time,” said Houck, who was also part of “The Georgia Gang.” At the same time, Houck said he and Williams love covering election night on the radio. “We would put ideology aside for one night and focus on who wins and who loses,” he said. 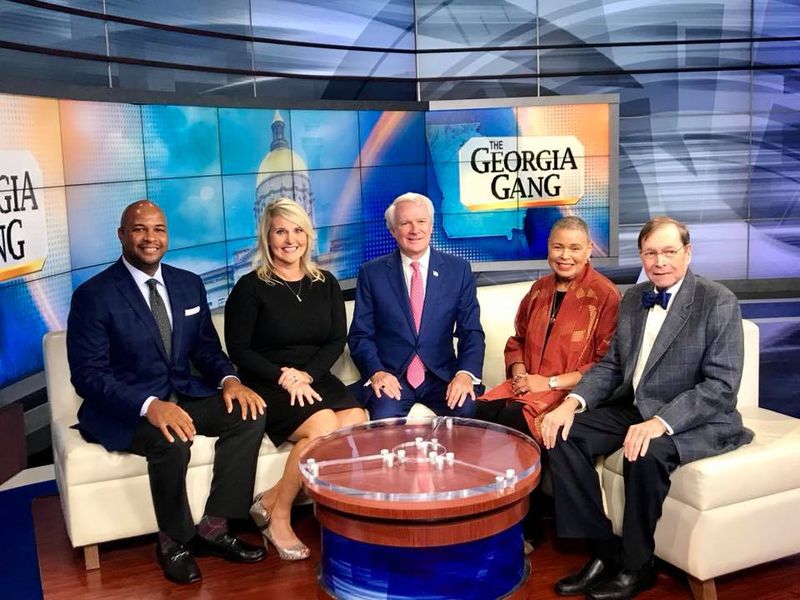 Williams grew up in Kansas City and graduated from Georgetown University, where he befriended fellow student and future President Bill Clinton. “Our relationships are mostly personal, not political,” Williams said.

Early in his career, he worked under CBS News President Fred Friendly, writing for Harry Reasoner, Charles Osgood and Pat Summerall. He then moved to broadcast television in Albany, New York, where he covered the Woodstock Music Festival and Senator Ted Kennedy’s Chappaquiddick accident.

He then worked in Baltimore and Miami before venturing to Atlanta in 1976. Here he was first a producer at WXIA-TV but didn’t care and convinced the editor of the Atlanta Journal , Jim Minter, to give him a job as a writer. Williams started as an investigative reporter and city editor before becoming a columnist for the afternoon paper.

Rick Allen, his close friend and former “The Georgia Gang” panelist, said Williams was liberal in one area, race. “Many conservatives were motivated by resistance to civil rights. But Dick wasn’t like that,” he said. “He had a strong admiration for the black leaders of Atlanta. He had a particularly high opinion of Andy Young,” the former civil rights activist, mayor, Georgia congressman and United Nations ambassador. 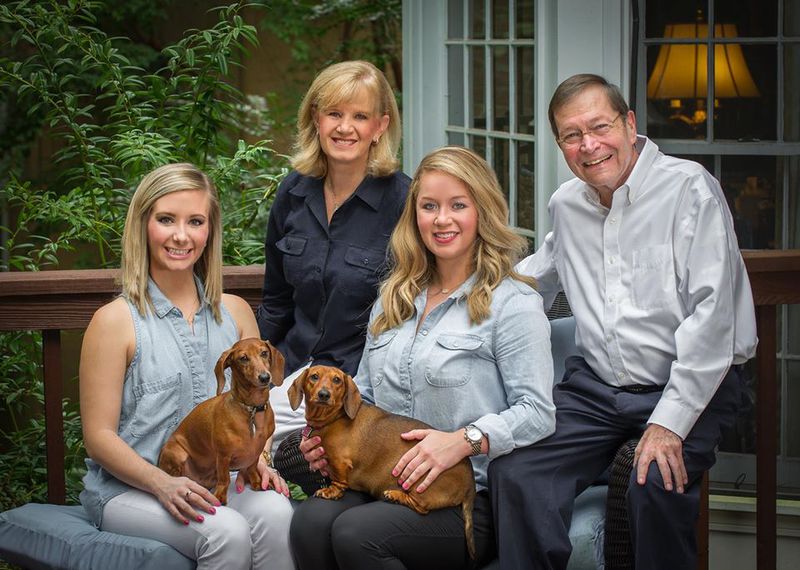 In 1995, Williams wrote a book about politician Newt Gingrich, whom he befriended before Gingrich became Speaker of the House of Representatives. “I always liked talking to Dick because he always had common sense ideas,” Gingrich told the AJC. “He was a major force on Georgian television… It was a great honor to have him write a book about me, and it reflected our many decades of friendship.”

Williams has always loved small-town newspapers and bought the Dunwoody Crier in 1996. At its peak, the paper had eight full-time staff. He was particularly proud of his coverage of the 1998 tornado that destroyed 3,000 Dunwoody homes.

He spent a lot of time covering the cityhood movement in suburban Atlanta, and his article supported the creation of Dunwoody, Brookhaven, and Peachtree Corners.

“The Dunwoody Crier really brought the community together before Facebook and social media,” said Fran Millar, a close friend and former Georgia state legislator. “He is one of the main reasons why so many people voted for the city” in 2008.

With his health declining, his wife and fellow journalist Rebecca Chase battling cancer, and the papers suffering from declining readership and revenue, Williams decided to sell his beloved Scream in 2019. He said towards the end that he did not pay himself and invested his savings. inside to hold it.

“I’m not a business man,” Williams said in 2019. “I’m a press man… We’ve been living off the land for a number of years and it was driving me crazy.”

Away from journalism, Williams enjoyed officiating high school basketball games, a calling he pursued for more than 40 years.

Chris Curle, who was married to the late WSB-TV presenter Don Farmer, had been family friends with Williams and Chase for decades. She said Williams was an information vacuum. Her desk in her den “was a fire hazard, stacked with various periodicals, half-open books and stacks of newspapers,” she said.

And he was the kind of person who didn’t just say he liked a particular book, he analyzed plots and characters in an entertaining and forensic way, Curle said. It was the same with meals. “He would tell you not only how good or bad the oysters were, but where they came from and, ‘Oh, have you heard of this problem with the oyster harvest?’ That’s how he was.

2019: Farewell to Dick Williams of “The Georgia Gang”

2020: Mourning in America: On the memorial service that wasn’t, for Rebecca Chase Williams

2019’s Jim Galloway: A Thank You Note to Dick Williams for Saying Goodbye to the ‘Georgia Gang’ 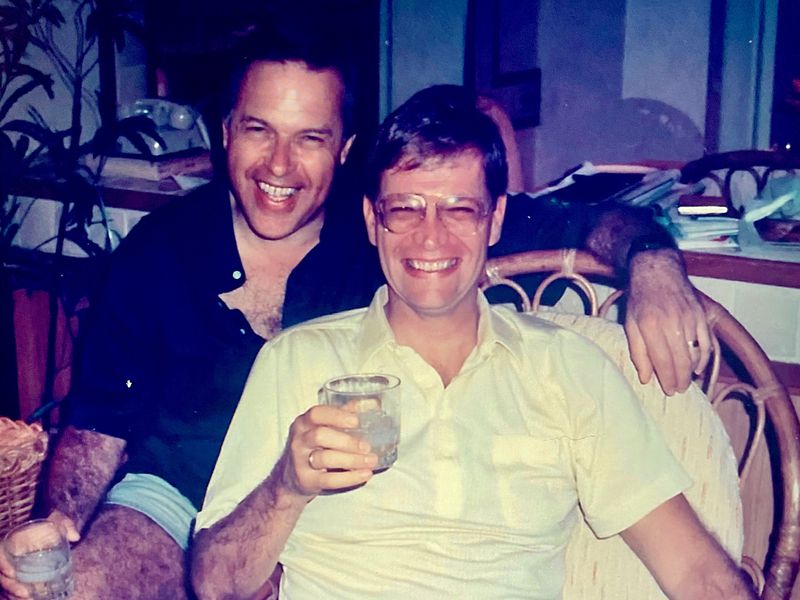