As suicides rise, US military seeks to tackle mental health 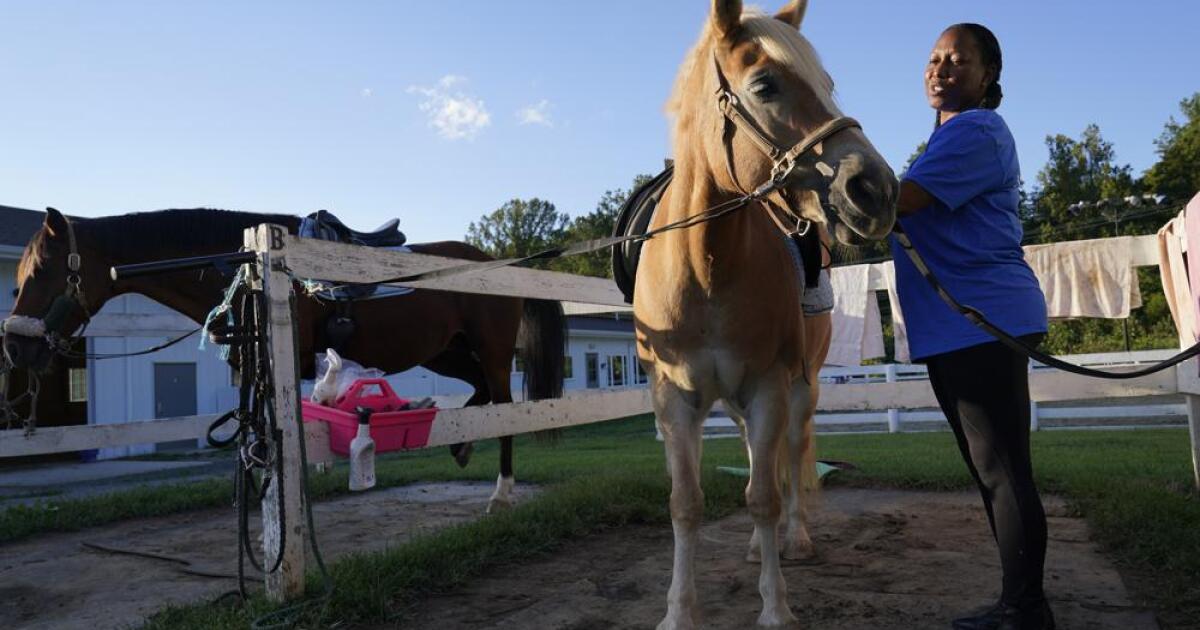 After completing a tour of Afghanistan in 2013, Dionne Williamson felt emotionally numb. Other warning signs appeared over several years of subsequent overseas assignments.

“It’s like I lost myself somewhere,” said Williamson, a Navy lieutenant commander who suffered from disorientation, depression, memory loss and chronic exhaustion. “I went to my captain and said, ‘Sir, I need help. Something is wrong.'”

As the Pentagon seeks to confront skyrocketing suicide rates in the military ranks, Williamson’s experiences shine a light on the realities of service members seeking mental health help. For most, just acknowledging their struggles can be daunting. And what comes next can be frustrating and disheartening.

Williamson, 46, eventually found stability through a month-long hospitalization and a therapy program that incorporates horseback riding. But she had to fight for years to get the help she needed. “It’s amazing how I managed to get out of it,” she said.

In March, Secretary of Defense Lloyd Austin announced the creation of an independent panel to review the military’s mental health and suicide prevention programs.

According to Department of Defense data, suicides among active duty military members rose more than 40% between 2015 and 2020. Numbers jumped 15% in 2020 alone. In long-running suicide hotspots date such as Alaska – service members and their families face extreme isolation and harsh weather – the rate has doubled.

A 2021 Cost of War Project study concluded that since 9/11, four times as many service members and veterans have died by suicide than combat deaths. The study detailed the stressors specific to military life: “high exposure to trauma – mental, physical, moral and sexual – stress and burnout, the influence of the military’s hegemonic male culture, access continued use of firearms and the difficulty of reintegrating into civilian life. life.”

The Pentagon did not respond to repeated requests for comment. But Austin has publicly acknowledged that the Pentagon’s current mental health offerings — including a Defense Suicide Prevention Office created in 2011 — have proven insufficient.

“It is imperative that we take care of all of our teammates and continue to reinforce that mental health and suicide prevention remain a key priority,” Austin wrote in March. “Obviously we still have work to do.”

Last year, the military released new guidelines for its commanders on how to handle mental health issues in the ranks, complete with information slides and script. But serious long-term challenges remain. Many soldiers fear the stigma of admitting mental health issues in the internal military culture of self-sufficiency. And those who seek help often find that the stigma is not only real, but compounded by bureaucratic hurdles.

Just like the question of food insecurity in military familiesa network of adjacent military charities attempted to fill the gaps with a variety of programs and outreach efforts.

Some are purely recreational, such as an annual fishing derby in Alaska designed to provide fresh air and socialization for service members. Others are more focused on self-care, such as an Armed Services YMCA program that provides free child care so military parents can attend therapy sessions.

The situation in Alaska is particularly dire. In January, after a string of suicides, Command Sgt. Major Phil Blaisdell addressed his soldiers in a emotional Instagram post. “When did suicide become the answer,” he asked. “Please DM me if you need anything. Please…”

U.S. Senator Lisa Murkowski, R-Alaska, said while posting to Alaska may be a dream for some service members, it’s a lonely nightmare for others that needs to be solved.

“You have to pay attention to that when you see the stats jumping as they are,” Murkowski said. “Right now you have everyone. You have the Joint Chiefs looking at Alaska and saying, “Holy shit, what’s going on up there?”

The stress of an assignment in Alaska is compounded by a shortage of therapists in the field. During a visit to Joint Base Elmendorf-Richardson in Alaska earlier this year, Secretary of the Army Christine Wormuth heard base health workers say they are understaffed, burnt out, and cannot see patients in a timely manner. If a soldier seeks help, he often has to wait weeks for an appointment.

“We have people who need our services and we can’t reach them,” a longtime adviser in Wormuth told a meeting. “We need personnel and until we have them we will continue to kill soldiers.”

The directory Combat Fishing Tournament in Seward, Alaska, was trained to “get the kids out of the barracks, get them off base for the day, and get them out of their heads,” said co-founder Keith Manternach.

The tournament, which began in 2007 and now involves more than 300 service members, includes a day of deep sea fishing followed by a celebratory banquet with prizes for the biggest catch, the smallest catch and the person who falls the sicker.

“I think there’s a huge mental health element to it,” Manternach said.

It’s not just in Alaska.

sergeant. Antonio Rivera, an 18-year-old veteran who has served three tours in Iraq and a year in Guantanamo Bay in Cuba, freely admits that he suffers from severe PTSD.

“I know I need help. There are signs and I’ve waited long enough,” said Rivera, 48, who is stationed at Fort Hood in Texas. “I don’t want my children to suffer because I won’t get help.”

He does yoga, but says he needs more. He hesitates to ask for help inside the army.

“Personally, I would feel more comfortable being able to talk to someone outside,” he said. “It would allow me to open up a lot more without having to worry about how it will affect my career.”

Others who speak up say it’s hard to get help.

Despite being on-base with “tons of briefings and pamphlets about suicide and PTSD,” Williamson said she found herself struggling for years to get discharge and therapy.

Eventually, she entered a month-long inpatient program in Arizona. Upon her return, a therapist recommended horse-assisted therapy, which turned out to be a breakthrough.

Now Williamson is a regular at the Cloverleaf Equine Center in Clifton, Va., where horseback riding sessions can be combined with a variety of therapeutic practices and exercises. Working with horses has long been used as a form of therapy for people with physical or mental disabilities and children with autism. But in recent years, it has been adopted to help service members with anxiety and PTSD.

“To be able to work with horses, you have to be able to regulate your emotions. They communicate through body language and energy,” said Shelby Morrison, director of communications for Cloverleaf. “They react to the energies around them. They react to negativity, positivity, anxiety, excitement.

Military clients, Morrison said, come with “a lot of anxiety, depression, PTSD. … We use the horse to pull them out of their triggers.

For Williamson, the regular riding sessions helped stabilize her. She is still struggling and she said her long treatment campaign has damaged her relationship with several senior officers. She is currently on limited service and does not know if she will retire when she celebrates her 20th birthday in March.

Nonetheless, she says, equine therapy has helped her feel optimistic for the first time in recent memory.

“Now even though I can’t get out of bed, I make sure to come here,” she said. “If I hadn’t come here, I don’t even know where I would be.”