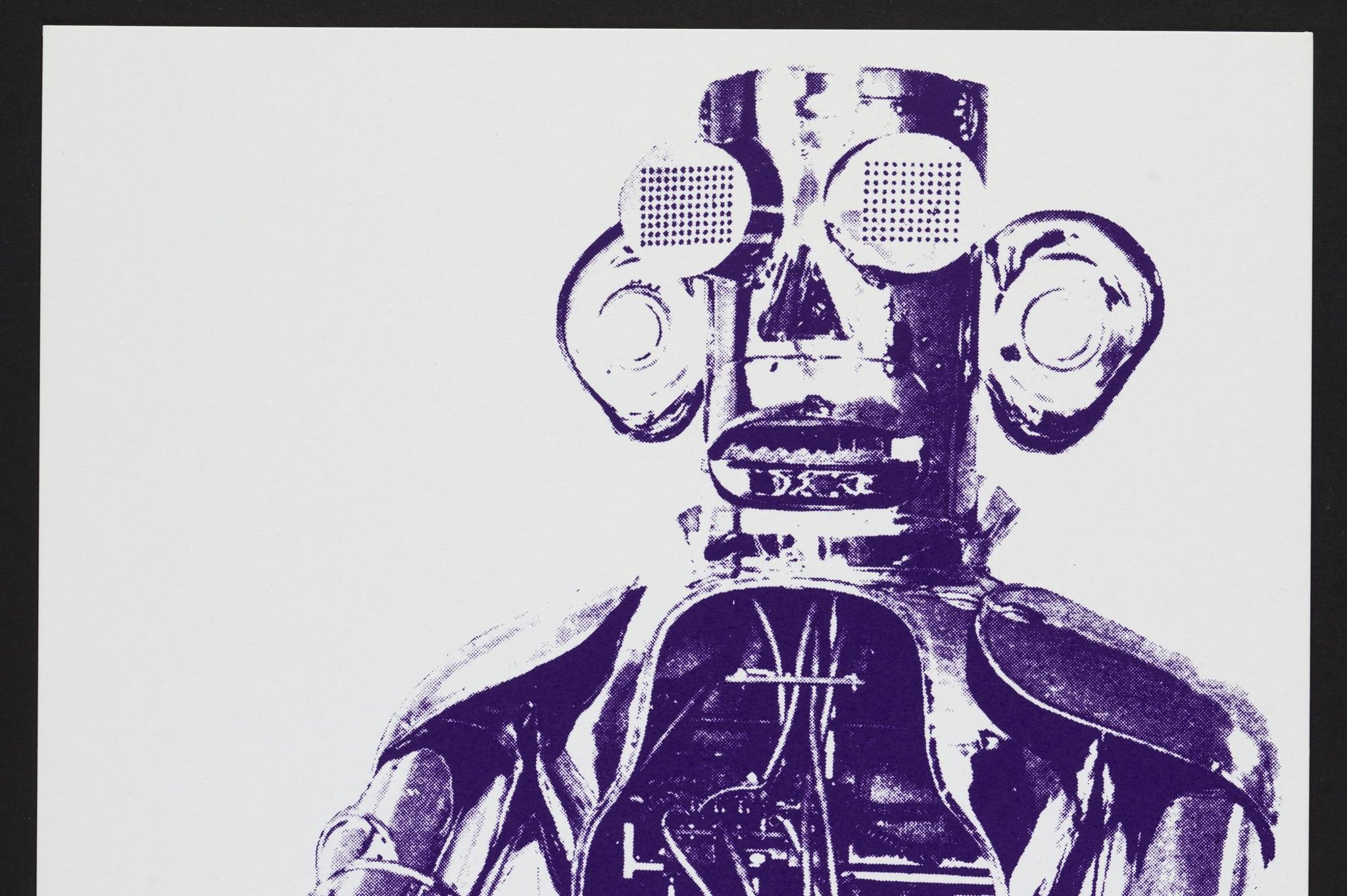 No Heroes Developed, 1970, by Sir Eduardo Paolozzi PIC: © The Hunterian, University of Glasgow

Register to our daily newsletter

The newsletter mute the noise

Sun Wukong in Gachie, by Michael-Armitage PIC: The Roberts Institute of Art

When the University of Glasgow’s Hunterian Gallery and the Roberts Art Institute (formerly the David Roberts Art Foundation) decided to work together on an exhibition, the subject didn’t hesitate. Given the importance of medicine and anatomy in the Hunterian’s collection, it would be about the body, finding echoes and answers in modern and contemporary art.

However, what the two curators – Ned McConnell of RIA and Dominic Paterson of the Hunterian – found between them is much more than a set of comparisons of who was then this is now. The flesh arranges differently is a vibrant, often surprising exploration of the subject. Drawing on the richness of both collections, it brings together works by artists such as Michael Armitage, Rita Ackermann and Robert Rauschenberg, among many others.

He takes as his starting point the moment when science and art began to probe under the skin of the body, dissecting corpses to understand disease and drawing flayed casts to understand how muscles work. Interestingly, the more we understood the mechanics of the body, the stronger the desire to represent ourselves in ways other than purely figuratively.

There is of course no neutral vision of bodies. Here, Robert Macaulay Stevenson’s anatomical watercolours, produced during his art studies in the 1870s, face the striking paintings of contemporary Swiss artist Miriam Cahn, challenging canonical representations of women with works that are both confrontational and ethereal.

My Strange World, by Mohammad Barrangi PIC: Courtesy of the artist

Michael Armitage, in a superb painting like Sun Wukong in Gachie, engages in the politics of Chinese industrialization in his native Kenya by painting the Monkey King of Chinese mythology in the guise of a black African worker. Vietnamese-Danish artist Danh Vo writes on an Andy Warhol serigraph of the electric chair the words “born from a womb I have nothing to do with”, his own provocative statement of cultural dislocation.

The artists explore different ways of representing themselves: Ilana Halperin depicts the Eldfell volcano which erupted the year she was born and became embroiled in her own history; Tamara Henderson’s fabric collage draped over a frame is both costume and sculpture; Huma Bhabha’s totemic sculpture, What is Love, half styrofoam, half cork, is striking in its sense of presence. Rita Ackermann’s chalk drawing seems to move in and out of the figurative representation, simultaneously drawn towards it and drawn towards its erasure.

It is no coincidence that all these artists are women. Another particularly striking work here is Christine Borland’s film Simwoman. Exploring the realm of anatomical mannequins used for medical training, she discovers that there are only male and child models – there are no females. So she created one by casting her own face, breasts, hands and feet in wax and placing them on a male mannequin. The slow-motion panning camera does more than correct a gender imbalance, it reveals a creature that – despite its mechanical breathing – is also intensely, poignantly human.

Eduardo Paolozzi’s prints from the 1960s which explore aspects of the splicing of humans with robots act as a hinge in the second part of the exhibition which explores more abstract representations. Liliane Lijn’s Cosmic Flares III is cosmological as well as corporeal, and as fresh today as when it was made in 1966. German outsider artist Horst Ademeit obsessively annotated polaroid photographs to portray what he believed be the hostile forces of the “cold ray” of a conspiracy. While Yayoi Kusama’s dot paintings seem to be both the representation of an inner state of mind and a way to control it, American painter Loie Hollowell plays on the space between figuration and abstraction with circles that suggest breasts and buttocks.

What is Love by Huma Bhabha PIC: The Roberts Institute of Art

Many of these works were surprising, some puzzling. The inclusion of four works by Ayan Farah seems an unusual choice in an exhibition on the body, given that his works are often made with processes removed from the artist’s hand. But one remains impressed, once again, by all that has gone into this awkwardly shaped gallery, and by the way works of such impressive caliber sparkle to illuminate a subject in new ways.

Born in Iran Mohammad Barrangi, currently on display in Edinburgh Printmakers’ Main Gallery, is also interested in the body. His drawings of hands and arms (he has a disability in his left hand) echo certain paintings by Macaulay Stevensons. But, for the most part, this show is more about flights to the fantastic.

Barrangi trained as an illustration in Iran, arrived in the UK as a refugee and completed his studies at the Royal Drawing School. Her work has recently been purchased by some major collections and her exhibition at Edinburgh Printmakers launches In From The Margins, a European project that provides support for artists from refugee and migrant backgrounds.

His figures – a courtier with the head of a rabbit, a pixie on the back of a zebra – are reminiscent of 19th century illustrations, Tenniel’s work on Alice in Wonderland, for example, and he creates textures in his prints reminiscent of ancient manuscripts. But they mix many techniques and inspirations: collage and calligraphy; Persian miniatures, scientific illustrations and some of Edinburgh’s foreign statues; the mythology, the game and the occasional innuendo.

The presentation is theatrical – two unicorn-headed women draw our attention to the large work on the back wall – and the whole thing sizzles with an accretive postmodern energy. But, while the public is invited to enjoy all of this, it is difficult to penetrate below the surface, to disentangle what it could mean and how it could move us.

Not so in the show upstairs, which brings together the work of longtime friends and collaborators. Leena Nammari and Louise Ritchie. The two bodies of work face each other across the balcony space in a silent conversation about the meaning of home and the presence that persists despite loss.

Nammari, who is Palestinian, works with Palestinian embroidery designs printed on porcelain pulp. Its porcelain tablets, each fragile and unique, speak of human ties. Accompanied by a list of villages and towns erased in 1948, of their inhabitants killed or fleeing, the work becomes the intimate and artisanal witness to a greater loss.

Across the room, Ritchie begins with a saucer cast in bronze, the last of his grandmother’s now commemorated wedding china. Then, taking the pattern from porcelain, she reproduces it in different ways, embossed on paper, engraved on glass, sprinkled with gold, and repoussé in porcelain in a work that seems as fragile as lace. A poem by his mother is printed in letterpress on porcelain, almost resembling a cuneiform tablet.

These works deal with how objects come to replace something else, human beings, communities and relationships now lost. It’s about how ordinary things become precious because of what they represent – ​​the absence and presence of the people we love.

The flesh is arranged differently until April 3; Mohammad Barrangi: Everything is possible and Presence of absence until March 27

A message from the editor:

Thank you for reading this article. We are counting on your support more than ever, as the change in consumption habits caused by the coronavirus has an impact on our advertisers.