Are newspapers heading the way of the dinosaur? 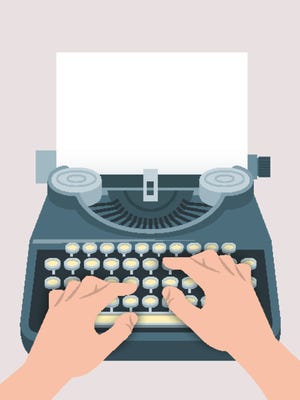 Newspapers are on death row. The old provincial newspapers of this country, indeed many countries, often look like pamphlets. Others have already been executed by the market.

The cause is quite simple: disruptive technology in the form of the Internet has siphoned off most of their ad revenue. To make up for the shortfall, publishers were forced to jack up the price of cover to astronomical heights, driving readers away.

A city newspaper used to sell 200,000 copies, but now sells less than 30,000 copies. I just bought the Sunday edition of said newspaper for $5. Newspaper writing is my lifelong profession and you would expect me to pay so much for a single copy, but I wouldn’t expect the public to pay that – especially for a product that is not just a fragment of what it once was.

New media take on part of the role of newspapers, but it is not the same thing. Traditionally, newspapers have had the time and resources to do their job properly; detach reporters to dig into the dark, or demystify the complicated; operate offices abroad; and to send writers to the ends of the earth. Moreover, they had the space to publish the result.

In addition, newspapers have had something that radio, television and the Internet have not had: sustainability.

I have an interest in radio and television, but I still marvel at how the newspaper articles endure; the lifespan of newspaper coverage compared to other forms of media.

I get inquiries about what I wrote years ago. Someone will ask, for example: “Do you remember what you wrote in 1980 on the supply of oil?

Newspaper coverage lasts. No one has ever asked me about anything I said on the radio or TV more than a few weeks after the show.

I was surprised when, testifying before the Senate Foreign Relations Committee decades ago, a senator asked me about an article I had written years earlier and had forgotten about. But he hadn’t and had a copy handy.

There is an authority in the written word that does not extend to the broadcast word, and perhaps not to the virtual word on the internet in promising new forms of media like Axios.

If publishing were just one business among many – and it is a business – and it had reached the end of the line, like the telegram, I would say: “Gone is the old one and make way for the new. But when it comes to newspapers, it remains to be proven that the new does the work formerly done by the old or if it can; if it can achieve sustainability and write the first page of history.

Since the first broadcasts, newspapers have been the raw material of radio and television, whether in a small town or in a large metropolis. Television and radio have fed on the work of newspapers. Only occasionally does the flow reverse.

The Economist asks if the Russians would have supported President Vladimir Putin’s invasion of Ukraine if they had had a free media and could have known what was going on; or if the spread of COVID in China would have been so complete if the free media had reported it early, in the first throes of the pandemic?

The fate of newspapers should be of particular concern at a time when we see democracy faltering in many countries, and there are those who would shake it up even in the United States.

There is no easy way to subsidize newspapers without taking away their independence and turning them into captive organs. Only one comes to mind, and that is the subsidy that Britain’s press and news agencies have enjoyed for decades. This was a special, reduced cable rate for news transmission, known as the Commonwealth Cable Rate. It was a subsidy, but without intervention.

Commonwealth Cable Rate was so effective that every American publication found ways to use it and take advantage of the subsidy.

United Press International established a subsidiary, British United Press, which carried huge volumes of cable traffic across London. Time Inc. had a system in which its cable traffic passed through Montreal to take advantage of exceptionally low special rates from the British Commonwealth.

This is the kind of subsidy that newspapers could use. Of course, best of all would be for powerful tech companies to pay for the news they steal and distribute; for aggregators to respect the copyrights of the creators of the material they distribute worldwide. This alone could save newspapers, our dying guardians.

Llewellyn King is executive producer and host of “White House Chronicle” on PBS. He wrote this for InsideSources.com.