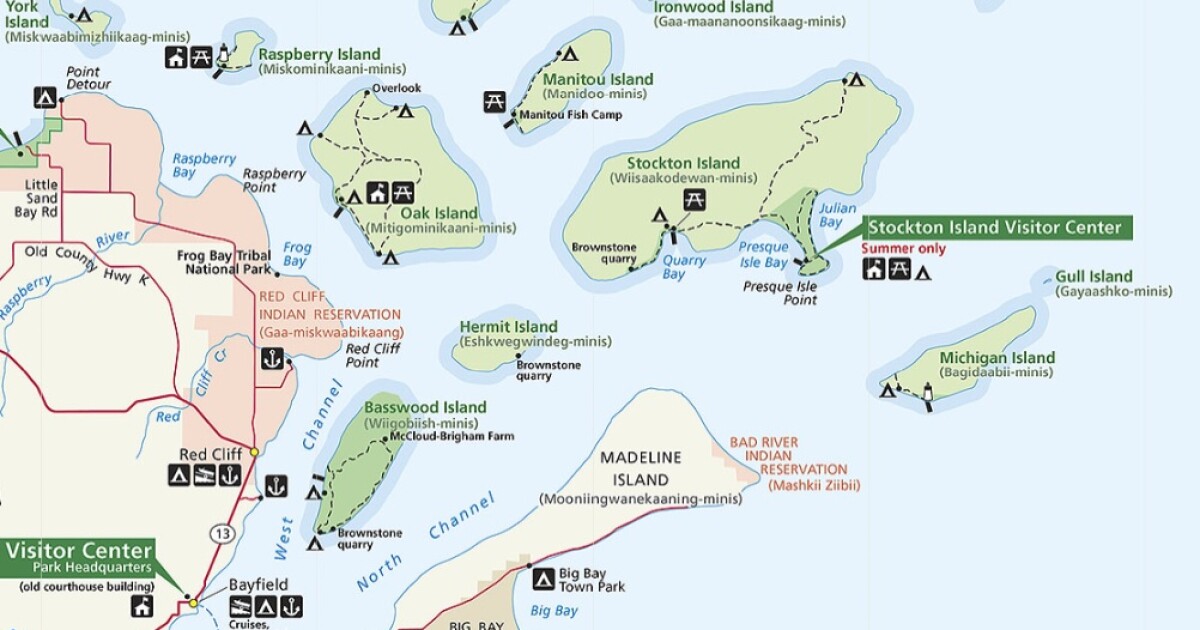 Visitors to Apostle Islands National Lakeshore know the names of some of the larger islands, such as Madeline Island, Oak Island, and Stockton Island.

But these names are relatively new.

Centuries ago, the Ojibwa people began to call them by names in their own language.

Now the National Lakeshore includes these names in its records and education.

“The areas around Lake Superior have traditionally been the home of the Ojibway people,” said Justin Olson, assistant director of the park’s interpretive and education program.

“It’s really important to tell the whole story of this place. Toponyms are the original names of this place. It is important that we recognize that these are the names they have used over time and are still used in communities today.

The parks official brochure and map now features place names in both English and the Ojibway language.

“As part of the National Park Service, we protect these special places and we want to tell the stories of these places. We want to try to tell as many stories as possible,” Olson said.

On the park’s website, visitors can hear the name of each place spoken in Ojibwe by former ranger Damon Panek.

“Ojibwemowin is traditionally an oral language, so for us it was important not just to see the words but to hear them,” Olson said. “As others have told us, hearing and speaking the words helps preserve this culture.”

The first pamphlets including Ojibwa place names were made available to the public last year.

With the language offerings, Olson hopes even long-time visitors to the islands can come away with something new.

“They already have a connection to this place. Now their connection is further,” he said. “Someone who is not necessarily Ojibwe, who has never heard the language or known the language, can now describe their journey in Ojibwemowin.”