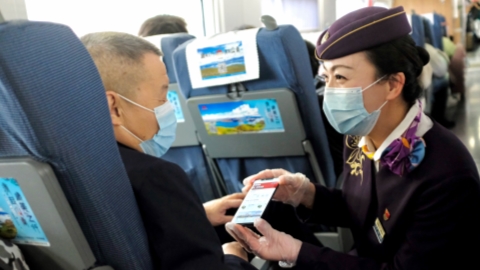 More than 70 delegates from Shanghai will travel to Beijing to attend the 20th National Congress of the Communist Party of China, which opens on October 16. Before departure, they talked about what they plan to deliver to the congress, which will set the tone for the Party’s work and guide the country’s journey over the next five years.

Gu Rong works on the train from Shanghai to Fuyang during the 2020 Spring Festival travel rush.

After being elected a member of the 12th CPC Shanghai Committee in June to attend the 20th National Congress of the Communist Party of China next month in Beijing, Gu Rong is quietly excited.

The 40-year-old is a conductor on China’s world-leading Fuxing high-speed train on the Beijing-Shanghai high-speed line.

“This is my first time attending the national convention,” she said. “I am really excited to hear the report to be presented by Xi Jinping, general secretary of the CPC Central Committee, and the master plans for the next five years, and to witness the election of a new Party committee. .” Gu helps an elderly man order food on the train from Shanghai to Kunming in 2021.

Gu was known to many people and received public praise after her deeds were made public on television in 2019.

The conductor was on her knees for 26 minutes straight to perform life-saving CPR on a woman who had a heart attack on the train.

In 2017, she created a “treasure chest” for train travelers. Different from ordinary boxes containing over-the-counter medicines, this new chest contains more items, such as masks, papers and crayons for children, sanitary napkins for women, and magnifying glasses for the elderly. And more items will be included in the future based on practical experience, Gu said.

“Drivers should position themselves as the host of the train and do their best to make passengers feel at home,” she said. 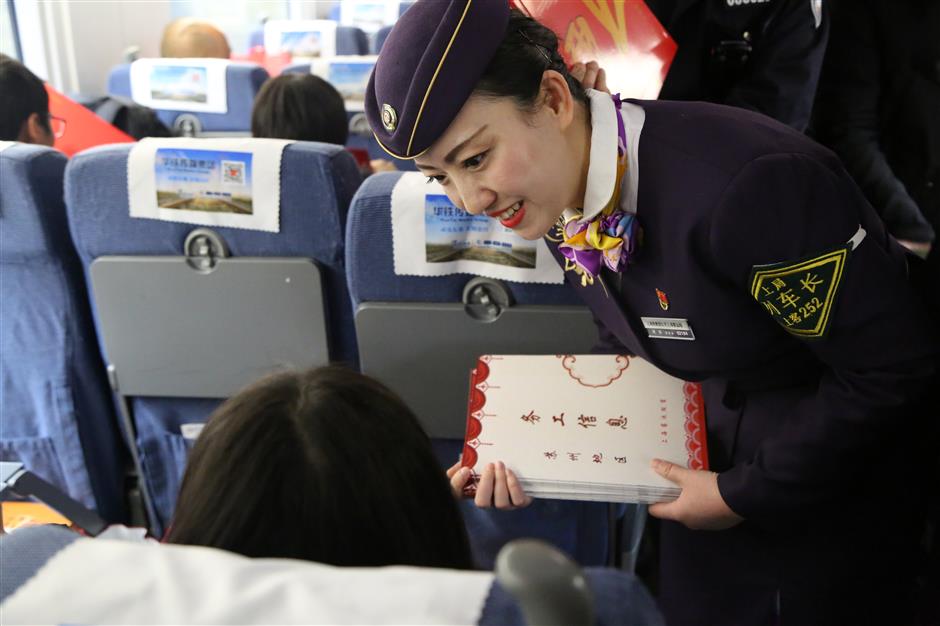 Gu delivers brochures with recruitment information for migrant workers on the train from Shanghai to Fuyang during the 2020 Spring Festival travel rush.

To meet the demands of different groups in the same environment, differentiated services are a key innovative direction of its daily work.

The temperature on board, for example, is one of the thorny issues for conductors. Different people have different needs at different times.

For passengers over the age of 80, a Chinese knot will be hung on the back of their seat to remind crew members to pay special attention to them.

For tourists, booklets with tourist information and local customs of their destinations are provided. And for passengers suffering from car sickness, Gu will perform massage therapy she learned from a traditional Chinese medicine doctor to relieve their discomfort.

A “mobile library” for children has been launched on the Shanghai-Beijing railway. Drivers will bring the book cart to young passengers to help them kill time.

During a Spring Festival travel rush, also known as the chunyunGu called on Party members in his team to buy books for the children of migrant workers on the Shanghai-Kunming Railway as gifts.

In addition, brochures containing information on recruitment were distributed on special trains for migrant workers at the same time.

Gu said, “If I have the opportunity, I will share my 16 years of professional experience with more Party members in Beijing in October so that more people can benefit from it.