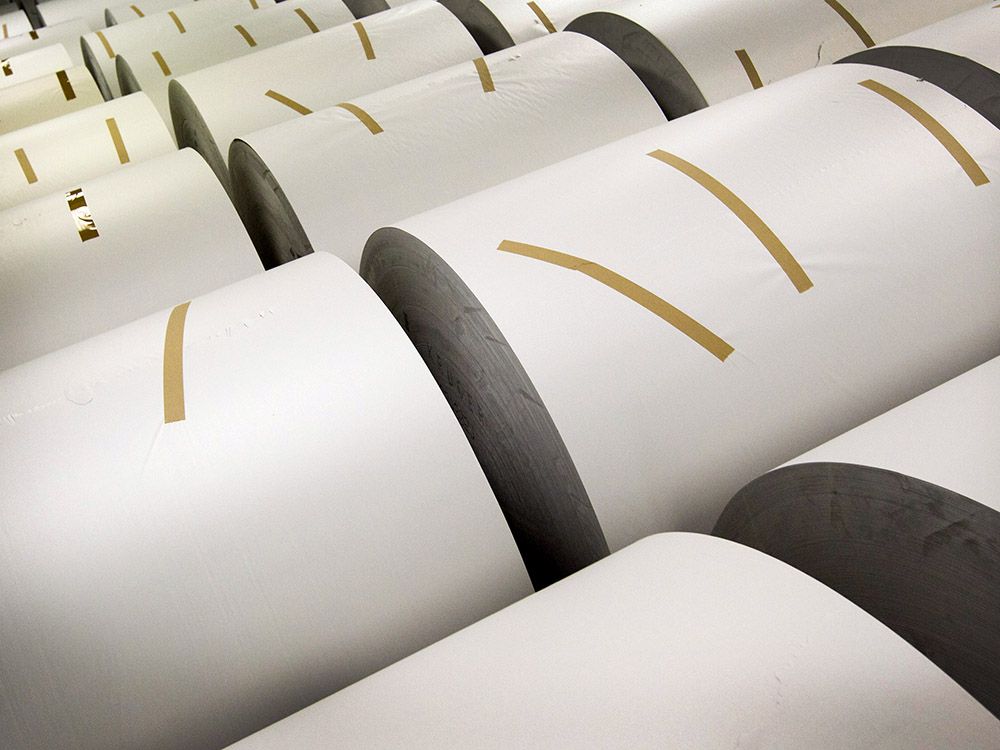 Community newspapers in Alberta are bristling with new recycling regulations that could increase their costs by millions of dollars a year at a time when many are struggling to continue operations.

The province released its new Extended Producer Responsibility regulations earlier this week, following in the footsteps of Ontario, British Columbia, Saskatchewan and Manitoba which have all implemented similar regulations over the past last years. The goal of the regulations is to reduce the amount of materials like packaging that end up in the recycling bin while shifting the cost of recycling from municipalities to producers. In the case of newspapers, the product is the paper, not the packaging.

Sign up to receive daily news from the Calgary Herald, a division of Postmedia Network Inc.

Thank you for your registration!

A welcome email is on the way. If you don’t see it, please check your spam folder.

The next issue of Calgary Herald Headline News will soon be in your inbox.

We encountered a problem during your registration. Try Again

There are exemptions for certain products such as books, but in Alberta newspapers have not been granted the same status.

“This stupid policy will kill journalism jobs in Alberta,” said Paul Deegan, President and CEO of News Media Canada. “It makes no sense that corny romance novels are exempted while newspapers published by Albertans for Albertans are slapped with this punitive tax when the business is in dire straits.”

He said the role of community newspapers has become increasingly important in a time of misinformation and fake news on social media. They play an important role in informing the community and holding local politicians accountable.

A rate has not yet been set for newspapers, but Saskatchewan’s rate is $280 per tonne, similar to Manitoba’s.

Ontario recently changed its REP to exempt newspapers, and the Alberta Weekly Newspapers Association hopes a similar change will be made before the regulations come into effect on Nov. 30.

Evan Jamison, president of AWNA and vice president of manufacturing for Great West Media, estimates the cost to newspapers in Alberta at around $2 million a year, including large metros and small community newspapers.

This will affect newspapers differently depending on their size, and some may be exempted in the event of low levels of income and production. Jamison says that for a publication like their flagship newspaper, the St. Albert Gazette, it would cost around $50,000 a year. For large metros, this could be hundreds of thousands of dollars per year.

While this singular cost isn’t a deathblow, it’s more of a death by a thousand cuts, as the cost of paper has increased by about a third, while ink and plating costs have increased. by about 20-30% and that distribution costs have skyrocketed with rising gasoline prices. This is on top of the well-documented decline in income over the past 20 years.

Jamison said the industry has already taken many steps to reduce paper, including switching to smaller sizes, reducing waste and using 18% lighter paper.

“You still need paper, you still need a certain amount of space to publish the stories and run the ads,” he said. “We’re kind of running out of room for adjustments and cost reductions.”

Dennis Merrell, AWNA’s executive director, said their membership had fallen from a high of 125 members to 90. It’s not just the number of titles that’s gone, it’s newsrooms smaller ones covering a larger area with a smaller product to fit the news. . Since the start of the pandemic, 1,300 jobs have been permanently cut from Canadian journalism across all formats.

Although there has been a push to digitize newspapers over the past decade, print continues to drive community newspaper revenue through advertising and subscriptions.

“The only way it’s viable on an app in an ad model is if you reach millions and millions of people,” Merrell said. “Obviously in a small community you don’t reach that number of people. You just reached 1,000 or 2,000 people.

The province, in an emailed statement, said newspapers will have the option to negotiate with municipalities for in-kind advertising in lieu of EPR fees, though Merrell said that also comes with a series of problems.

“A single, province-wide EPR system collecting a consistent list of products will save municipal ratepayers money, make recycling easier to understand and more accessible, and encourage better product design by producers.” “said Charlotte Taillon, press officer for the Office of the Minister of the Environment and Parks in an email.