Adapting to climate change will only cost more 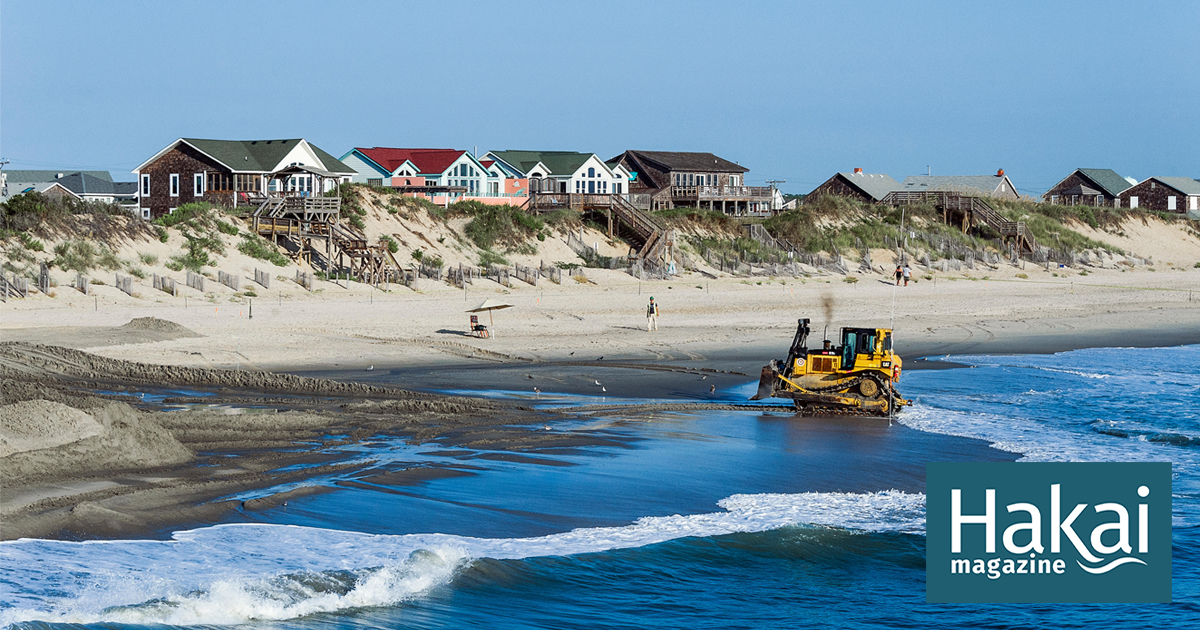 As the climate warms, the cost of adapting homes and infrastructure to cope with rising temperatures, more rainfall, more severe storms and rising seas will be staggering. Without a concerted effort to build better, new search led by Paul Chinowsky, an environmental engineer at the University of Colorado at Boulder, shows that the cost of repairing and maintaining infrastructure in the United States could reach hundreds of billions of dollars a year by 2090. But if the company acts early, that price tag can be cut up to 30 times.

In their conception, no adaptation is an “as usual” approach to infrastructure management that does not take into account the risks posed by climate change. The reactive scenario takes no action to reduce future impacts of climate change, but implements renovations or enhancements to repair damage that has already occurred. Being proactive aims to prevent damage caused by future climate risks.

For a coastal property such as a beach house, examples of these three approaches might be: leaving the house unprotected and then abandoning it once it is submerged by the rising sea; do nothing to protect the property but put the house on stilts after a flood; and preventively raise the house or build a dike to prevent flooding.

For coastal properties, research by Chinowsky and colleagues shows that the financial benefits of early action vary widely across the United States. In the South Atlantic region, from Delaware to Florida, the cost of not adapting could rise to nearly US $ 600 billion per year by 2090. Implementing proactive measures could reduce the financial burden to less than 10 percent.

The problem in the South Atlantic region, says Chinowsky, is that the coast slopes gently inland with little elevation change for miles. This means that storms can sweep inland, damaging infrastructure far from the coast and causing cleanup costs quickly out of control.

The threat posed by rising sea levels and more severe storms to vital infrastructure varies across the country. In California, for example, high cliffs protect many properties. “You have to worry about erosion, but you don’t worry about an unhindered storm hitting and coming straight in,” Chinowsky says.

Indeed, the economic impact is expected to be lowest in the Pacific region, with the cost of infrastructure reaching around $ 45 billion per year by 2090 without adaptation. Acting proactively would reduce this figure by about two thirds.

Chinowsky says that in order to cut costs, we need to start being proactive now. Infrastructure takes time to plan, design, finance and build. “When we talk about coastal regions, we don’t have the luxury of sitting down and waiting,” he says.

He adds that managers already have viable and proactive solutions that can be implemented, such as increasing infrastructure or relocating communities at risk, but also restoring natural barriers against flooding such as salt marshes, mangroves and sand dunes. “It’s not so much that we have to find a solution,” he said. “It’s that we have to make a decision to put a solution in place.”

AR Siders, a climate adaptation expert at the University of Delaware who was not involved in the study, says America’s dike system shows what happens if you don’t pay the upfront costs. “We don’t maintain our dike system, and we don’t because it’s expensive. But then the dikes break, and there’s a major flood and a major disaster, and then we look at costs that are astronomically higher than the costs it would take to maintain the dikes. “

Siders says the costs described by Chinowsky seem reasonable. She explains that Key West, Florida recently estimated it would cost $ 1.8 billion to raise 250 miles of highways, enough to protect them over the next several decades. If you expand it nationally, she says, “suddenly tens of billions of dollars don’t seem unrealistic at all. Or even hundreds of billions if we don’t get climate change under control. “