A teenager pays tribute to veterans at Lakeview Memorial Park 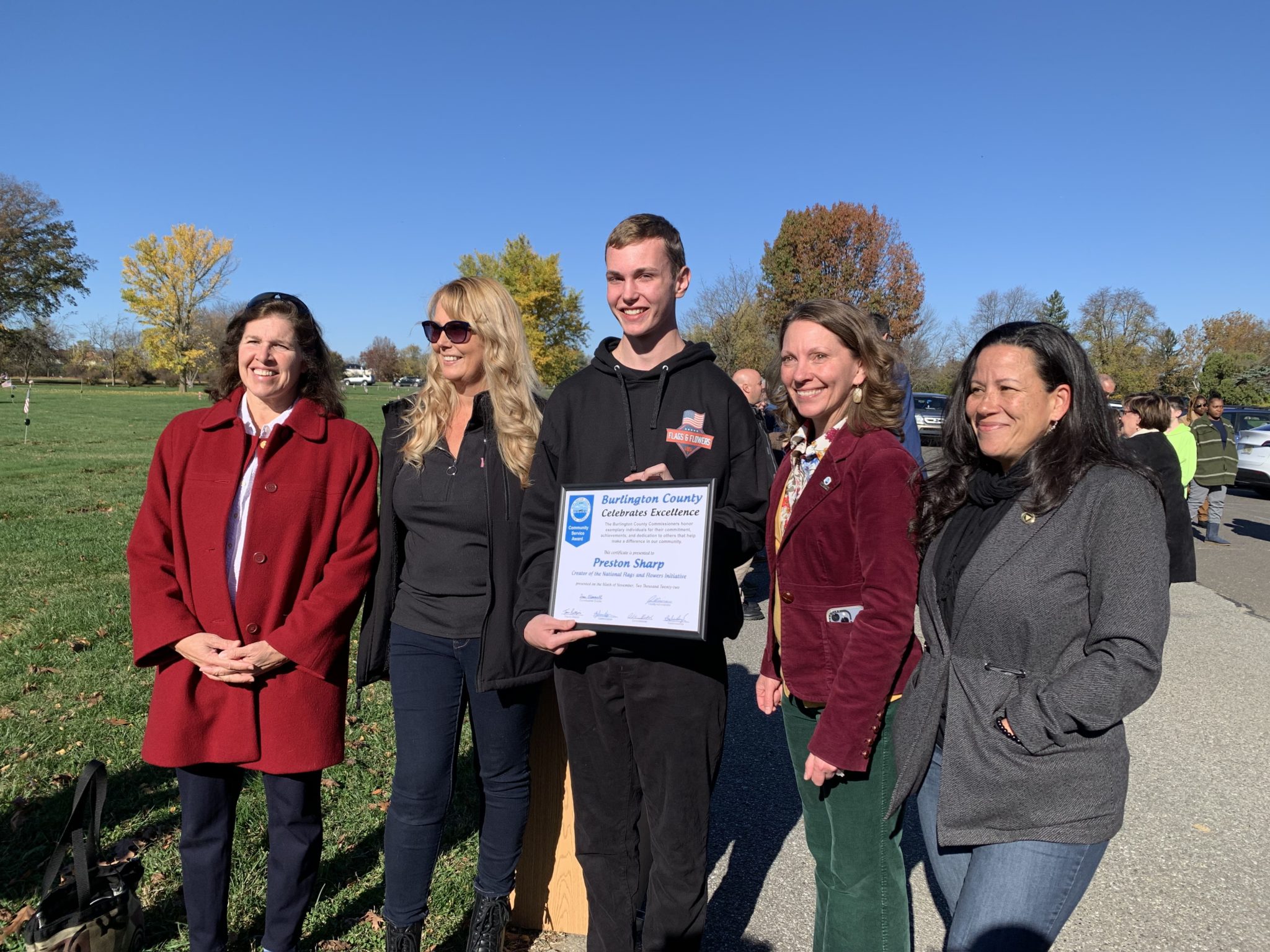 Since the age of 10, the California resident has traveled the country laying flags and flowers at the graves of veterans. New Jersey is the 49th state visited by Sharp; it ended its 50-state tour of Delaware on November 10.

Sharp’s journey began in 2015, when he visited his grandfather’s grave on Veterans Day.

“I went there to put up a flag, and when I put up that flag, I looked up and walked around the cemetery, realizing how many of those veterans were unhonored,” recalls the teenager.

“I was really frustrated and really angry that our veterans weren’t honored, especially on Veterans Day, and I kept complaining and complaining.”

“My goal was to honor veterans in all 50 states,” he noted.

He found help along the way from strangers in every state.

“I think I called about 80 cemeteries to find one that would allow me to put flags and flowers, so it’s amazing that the cemetery said yes and I was able to come here and honor the veterans “Sharp said of Lakeview.

“My motto is, ‘Honor Veterans Every Day, Not Just on Holidays,’ but luckily that aligns with Veterans Day and makes it even more special,” he added. .

Sharp spoke about how individuals can honor veterans in other ways.

“It’s amazing for me to travel and honor veterans, especially to see all these people here to help me,” he said. “It’s an incredible feeling, especially because of the young people too, who teach them that we have to honor veterans every day.

“It’s not that we just have to honor veterans in a cemetery; we can honor veterans anywhere and just say ‘thank you for your service’ if we see them in public,” Sharp continued.

He hopes to inspire others with his story.

“It’s not hard to go to Lowe’s or Walmart and buy a flag and a fake flower, or just a flag, and honor a veteran in a cemetery,” he said. “You don’t need to know them, but you’ll feel really good once you do this.”