A shark watcher captures a graphic photo of the aftermath of a great white shark attacking a seal along the cape, 2 sharks seen feasting on a carcass 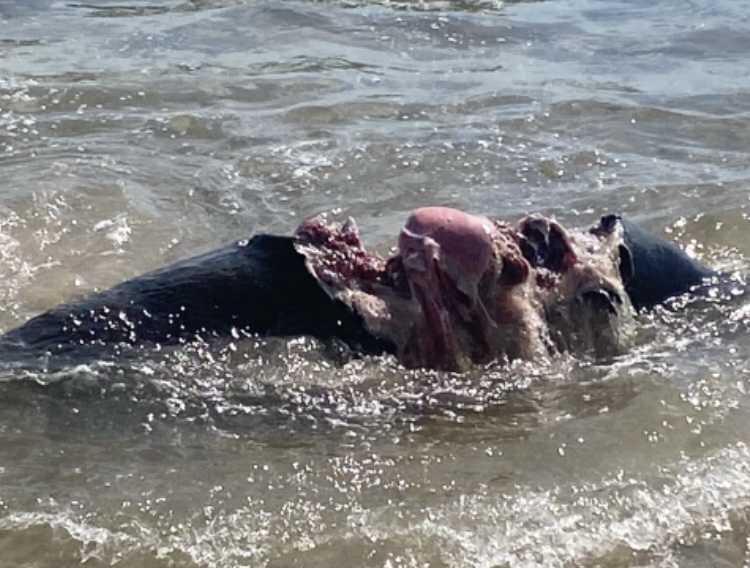 Cape Town’s busiest shark month of the year is going with a bang as a shark watcher captured a graphic photo of a great white shark attacking a seal on Tuesday, while two sharks feasted on a carcass.

Meanwhile, the Atlantic White Shark Conservancy’s Sharktivity app has lit up in recent days with numerous shark alerts as apex predators are spotted near shore, looking to munch on seals.

One such event of predation by a white shark on a seal was reported Tuesday just south of Nauset Beach in Orleans. An observer took a graphic photo of the aftermath of the attack.

Additionally, two sharks in Cape Cod Bay were spotted feeding on a carcass this week. The majority of shark sightings are along the Outer Cape, but many sharks are also seen in the bay at this time of year.

“It is important to note that white sharks are still in the area, hunting and feeding on seals in the shallow waters,” the Atlantic White Shark Conservancy tweeted on Tuesday.

Other shark sightings in recent days include three sharks spotted about 200 yards off Callanan’s Pass in Orleans, two sharks spotted by a pilot along Eastham and a shark seen about 50 feet off Nauset Beach in Orleans. A pilot also reported seeing a white shark a few hundred yards off North Beach Island in Chatham.

The Great Whites hunt seals close to shore along the Cape during the summer and early fall. August is the busiest month for sharks in the region, according to shark detection data from recent years on tagged white sharks.