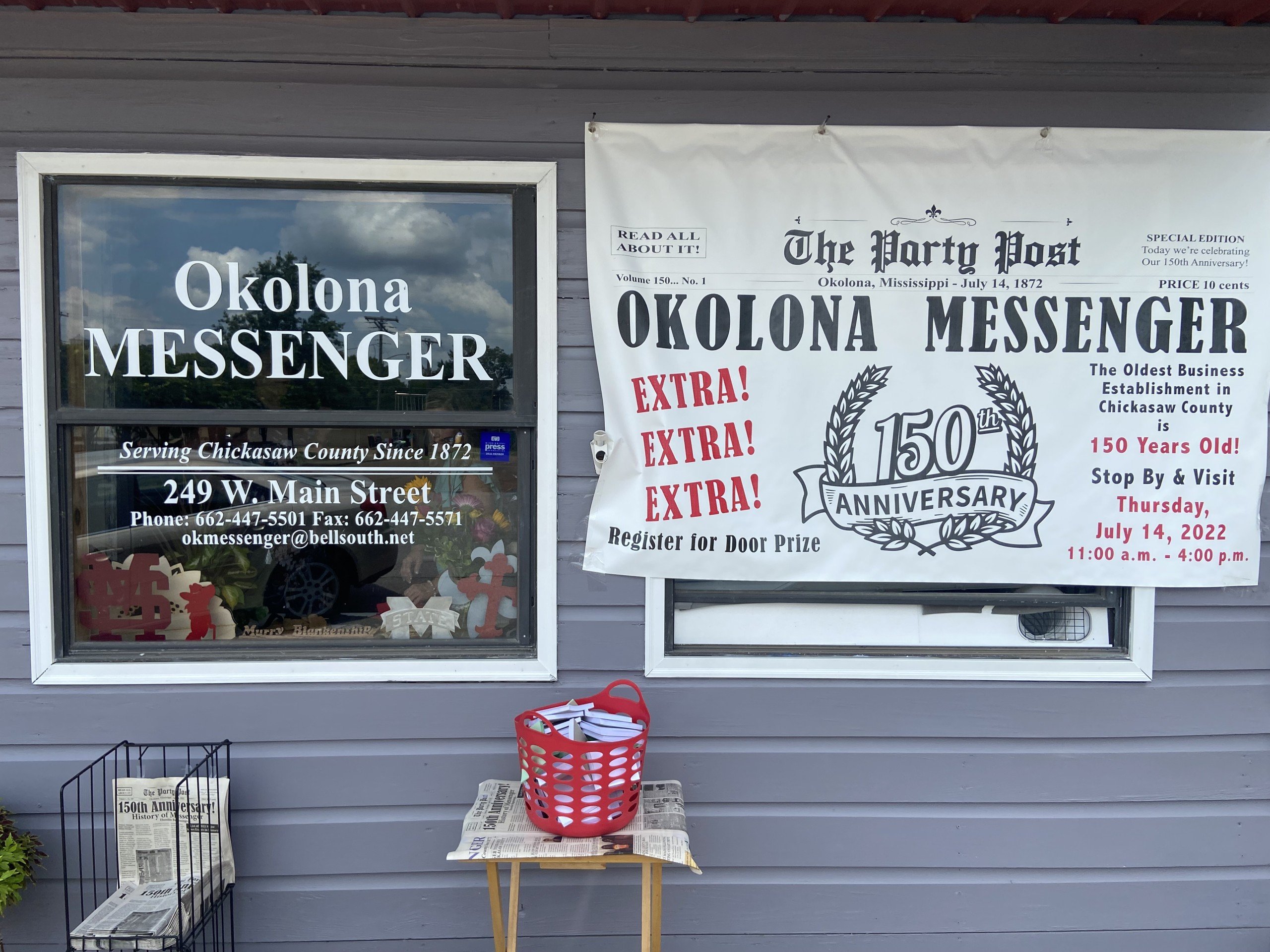 Okolona’s messenger has been delivering the news for 15 decades

Okolona, ​​Miss. (WCBI) – Local newspapers are the lifeblood of their communities; the editors, reporters and printers are often the same.

Many community newspapers fell victim to the era. Social media and a 24-hour news cycle made it difficult to get local news, but one family found a way to keep their business afloat, carrying on a 150-year tradition.

Okolona’s messenger has been delivering the news for 15 decades. In 1872, Frank Burkitt became the publisher and soon after the owner of the Chickasaw Messenger. 22 years later, he changed the newspaper’s name to People’s Messenger; then in 1900 Burkitt sold the paper to Steinberger and Sons who changed the name to Okolona Messenger.

The diary changed hands three more times over the years before landing in the lap of Sue Blankenship and her late husband Murry.

“New things are coming and I’m older and it helps to have younger people who can help out and have better, more current ideas,” said Sue Blankenship, editor of Okolona Messenger.

Blankenship and his grandson Russ are the 4th generation of Blankenship to work at the newspaper, and he is learning the family business.

“I’m just trying to really learn everything I can get out of it, so if I say she’s sick or something, I’ll have the know-how to make it work or know it for future jobs. or if I plan to,” Blankenship said. .

Since taking office in 1983, Sue Blankenship said there have been many changes.

“We had to fight to go from a manual typewriter to an electric typewriter, to a computer. We have a new system for shipping paper, labels; there are a lot more implications than you might think to get and add,” Blankenship said.

Through all the challenges, Blankenship said it was worth it. The newspaper is delivered weekly to Okolona, ​​but that won’t be the only thing to do anymore.

Russ Blankenship is only 16 but said he would like to carry on his family’s tradition in the future.