A decade after Sandy, officials want to be prepared | Herald Community Newspapers 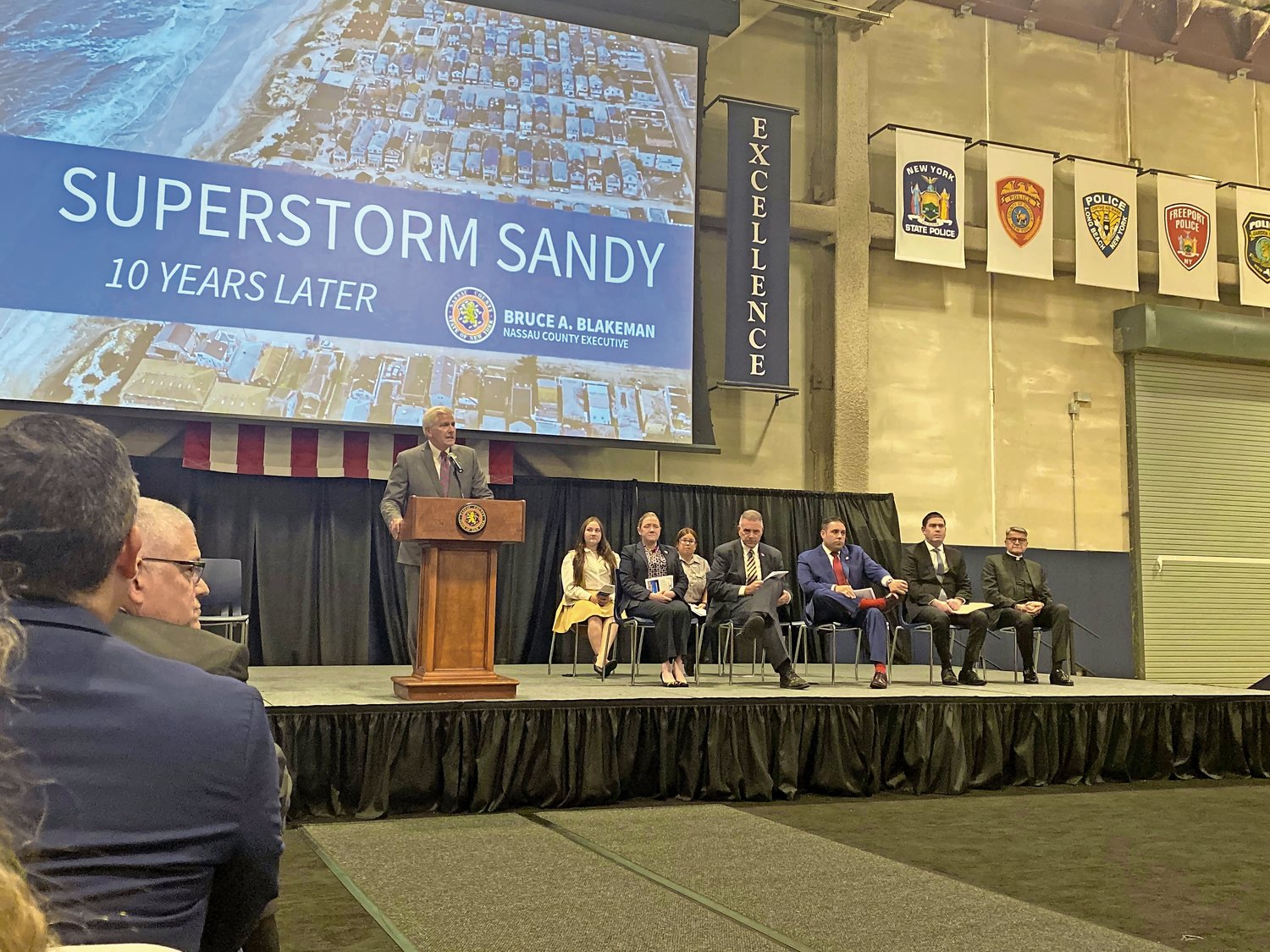 It has been a decade since Hurricane Sandy devastated Nassau County. Yet, instead of showing what could easily have been the worst times in many people’s lives, it instead showed their perseverance.

“We’ve seen the best in people,” said Hempstead Councilman Anthony D’Esposito, who was chief of the Island Park Fire Department at the time.

“We’ve seen the best people who wear a uniform – whether as a career or as volunteers – put their community first.”

D’Esposito joined Nassau County Executive Bruce Blakeman, Nassau County Police Department Commissioner Patrick Ryder and others at a memorial ceremony last week, recalling many of those heroic stories in the face of an awful storm.

The councilman recalled a specific incident where a house burned down in the middle of a flooded street. He had to do everything he could to keep the whole block from igniting, so his Island Park fire unit had no choice but to drive their truck straight through the house to destroy it. . This allowed floodwaters to drown out what was left of the fire.

Ryder remembers October 2012 as a very difficult month for county police after they had already lost Officers Joseph Olivieri and Arthur Lopez before being called in to help with the Hurricane Sandy rescue. The commissioner remembers being seated in church with his family when this alert arose.

At first, Ryder was given command of only about 100 officers. But when the Sandy’s strong thrust hit, Ryder found himself in command of National Guardsmen, detectives, police and state troopers.

With the possibility that another storm could hit Long Island, Blakeman held an emergency drill in his executive office.

“We had people thinking outside the box, working together as partners to make sure the people of Nassau County were safe,” Ryder said. “That’s the message and the lessons we learned from Sandy. We know the next one will come, but we will be better prepared.

It was a team that included Richard Corbett, now Commissioner of the Office of Emergency Management.

“It was like a concrete blizzard,” Corbett said. “It’s not the sand you walk in when you get off the boardwalk. It’s the rock-hard sand at the water’s edge, which you yell at your children for throwing themselves on each other.

With all eyes on the past, elected leaders like Blakeman must constantly keep an eye on the future. Especially when there are other storms – maybe not at Sandy’s level – but storms like the remnants of Hurricane Ian last year can be just as devastating.

“Three things keep me awake at night,” Blakeman said. “Blizzards, active shooters and hurricanes. So, with two hours notice, I held an emergency drill at the OEM center. And I must tell you that I felt much better.