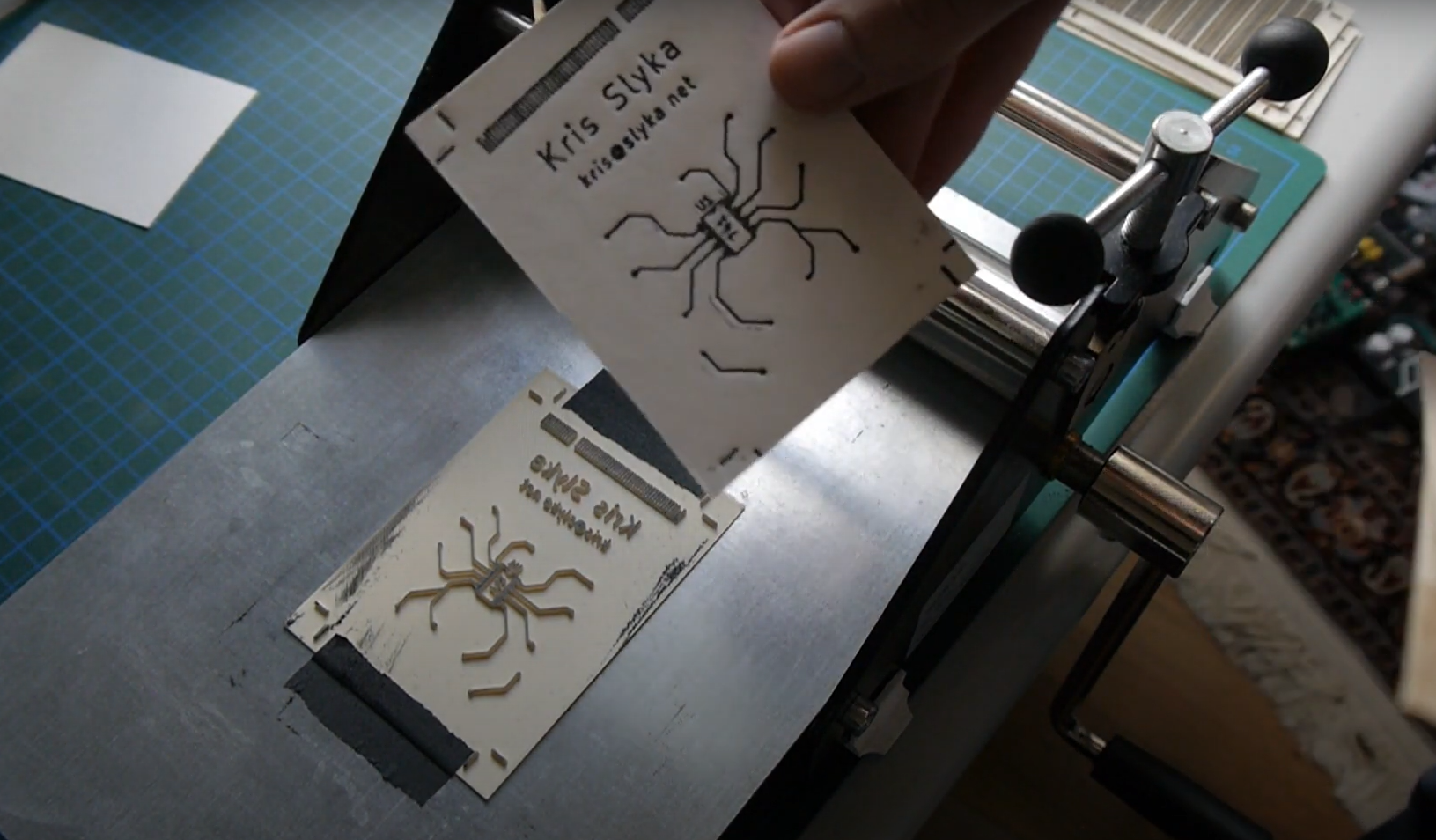 It is widely believed that Gutenberg’s invention of printing in the 15and The century was the event that essentially enabled the development of the modern world, allowing access to knowledge beyond anything that had existed before, even as the Chinese embarked on the act of creating books somewhere. 500 years ago. Fast forward a few more centuries and we have the ability to design electronics from our chairs, we can 3D print from a machine on the coffee table, and 3D modeling can be done by your kids on a tablet. What a time to live! So we think it’s perfectly fine that [Kris Slyka] came full circle and used all these tools to make printing plates for a small press to produce cards for his Etsy business.

Now before you laugh, yes she admits pretty quickly that KiCAD wasn’t the best choice for designing the images to print, since she needed to do a lot of post-processing in Inkscape, she could have just dropped the first step and get started in Inkscape anyway. You live and learn. Once the desired image was fully vectorized, it was inserted into OpenSCAD to extrude it in 3D, thickening the contact with the base to improve the resistance a little.

[Kris] demonstrates the use of registration marks to align the front and rear side plates, and even (mostly) handles adding a second color fill for a bit more pizzazz. The results look a bit wonky and imperfect, just what you want for something meant to be handmade. We think it’s a good result, even if designing it in KiCAD was a bit crazy.

For those interested in OpenSCAD code, have a butcher at this essential. This project isn’t the first 3D printed printing press we’ve covered, check out the Hi-Bred for an example, and here’s the Open Press project if you’re still interested.